Man Abandons His Wife When She's 6-Months Pregnant. She Was Also Undergoing Chemotherapy.

Her husband could not take the pressure on him due to her illness and pregnancy. 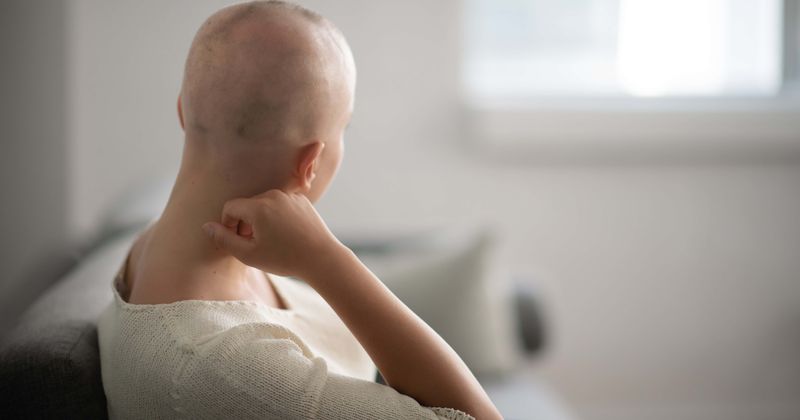 A cancer survivor opens up about her husband leaving her when she was six months pregnant and undergoing chemotherapy.

Tracey Ferrin was six months pregnant when she was diagnosed with a rare form of cancer. She was just 18 years old at the time, reports New York Post. However, when she was under chemotherapy, her husband, Nick, told her that he wanted a divorce. She told the outlet, "The day he left me, I was in my bedroom, and I had just thrown up from the chemo." The couple also shared a 10-month-old child but went their separate ways and Ferrin was left alone at a vulnerable time of her life.

The couple got married in 2000 just before they welcomed their first child, Elly. Ferrin soon got pregnant again and started to experience pain in her leg. A bump developed above her knee and her aunt told her that it was nothing to worry about. However, while they were at Church, a doctor who specialized in knees advised her to visit a specialist, per The Mirror.

Tracey Ferrin, 39, was pregnant with her second child and going through gruelling cancer treatment when her marriage broke down.https://t.co/DIDFujVJoc

She visited the hospital and after some scans, she was diagnosed with osteosarcoma, a kind of bone cancer. She was given two options, one was to abort her pregnancy and immediately begin with cancer treatment and another one was to delay the treatment. Ferrin said, "I said I wouldn’t terminate the pregnancy and we’d have to figure it out." She chose to delay the chemotherapy until she was six months pregnant.

She started chemotherapy and suffered great hair loss and nausea. Sometime after her first chemotherapy treatment, Ferrin threw up in the bathroom after coming home. However, when she went back to the living room, Nick told her that he wants to end their marriage. She said, "He couldn’t handle it. He'd been upset that I hadn’t focused on my own health by going through with the termination." She added, "I can talk about it now, but at the time it was heartbreaking. I was pregnant, I had a 10-month-old baby and I was fighting for my life."

18 years ago, Tracey Ferrin was diagnosed with #osteosarcoma while she was pregnant.

Read how she overcame the disease, and coped with recovery while caring for her young children: https://t.co/jSnLrLmMXb #endcancer

She said that she had no choice but to continue fighting for her life for her 10-month-old and unborn child. However, she acknowledges that Nick wasn't going through a great time. She said, "I think all those years ago we didn’t understand mental health. He wasn’t always the nicest guy but at the time I didn’t know he was struggling."

Her harsh medications forced Ferrin to go into early labor. The doctors tried to delay it by giving her medications after each round of chemotherapy to ease contractions. However, the doctors had to deliver her baby 6 weeks before the due date. The doctors did not anticipate the outcome as they never delivered a child who was exposed to Chemotherapy. Despite the fact that Ferrin and Nick were separated, Nick was there at the hospital for labor, and the two were relieved when little Fayth was born at 3 lbs 10 oz. The child was taken to the NICU.

Ferrin had to resume chemotherapy two weeks after giving birth and her mother offered to help out witht he children. Tracey continue with her treatment the next year and also underwent a surgery to remove the tumor from her leg. She went into remission almost a year after exhausting treatment. However, the transition back to being a single mother was extremely hard for her.

She said, "The transition was harder than I thought. I couldn’t tell people about it who hadn’t been through it because they just didn’t get it." She added, "I was also learning how to be a mum to two girls and that involved a lot of adjustments. I didn’t know what I was going to do with my life from now on."

Her ex-husband Nick died of suicide in 2016 just when Ferrin's life was getting back on track with her new husband Ryan and two sons After dealing with the death of Nick, Tracey realized that one of the reasons was because men are not encouraged to be open about their struggles with mental health. She aims to teach her teenage boy the importance of being transparent about their feelings and struggles with mental health.