Will Smith Resigns From the Academy Following Chris Rock Slap: “I Am Heartbroken”

People are divided, while some thing that he should be forgiven others don't think his resignation is enough to compensate for his actions. 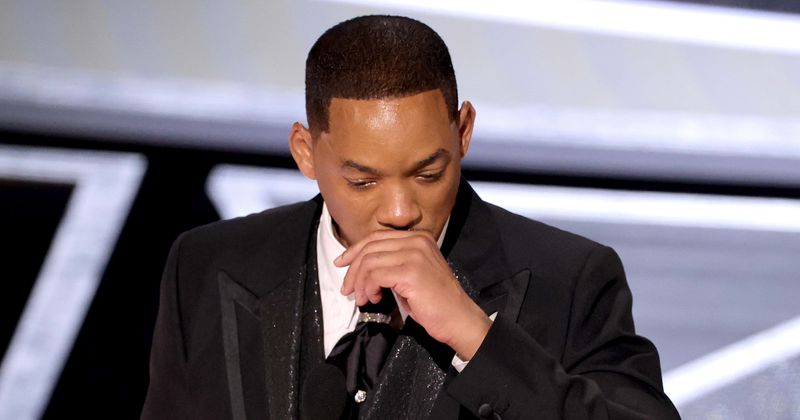 Will Smith has resigned from the Academy of Motion Picture Arts and Sciences early Friday. According to Variety, he was facing a possible expulsion or suspension from the academy after he slapped Chris Rock onstage during the awards ceremony. Smith touched and overwhelmed fans with another apology to accompany the announcement of his departure. The statement released by Kate Erbland on Twitter reads, "I have directly responded to the Academy’s disciplinary hearing notice, and I will fully accept any and all consequences for my conduct. My actions at the 94th Academy Awards presentation were shocking, painful, and inexcusable."

In a new statement, Will Smith has offered an extensive apology and resigned from the Academy: pic.twitter.com/VD5LSUFiIc

He further added, "The list of those I have hurt is long and includes Chris, his family, many of my dear friends and loved ones, all those in attendance, and global audiences at home." Smith had previously apologized for his actions a day after the incident on Instagram. He wrote in his apology, "Jokes at my expense are a part of the job, but a joke about Jada’s medical condition was too much for me to bear and I reacted emotionally." Rock made a joke at the expense of Pinkett Smith's struggle with Alopecia which provoked Smith to rush onstage and slap Rock across the face. He later went on to win his first Oscar for Best Actor for his film King Richard.

Smith further wrote in his resignation statement, "I betrayed the trust of the Academy. I deprived other nominees and winners of their opportunity to celebrate and be celebrated for their extraordinary work. I am heartbroken." He further added, "I want to put the focus back on those who deserve attention for their achievements and allow the Academy to get back to the incredible work it does to support creativity and artistry in film. Many others share in his disappointment." His fans are equally heartbroken by this incident and its aftermath for Smith which included the academy launching disciplinary proceedings against the actor. Smith wrote in his statement, "Change takes time and I am committed to doing the work to ensure that I never again allow violence to overtake reason."

Will Smith has resigned from the Academy after slapping Chris Rock on stage at last weekend's Oscars https://t.co/Alz1VhvVBk

A user wrote on Twitter, "Will smith getting all these punishments over a slap is wild. i can understand having to resign from the academy but not netflix halting his show and the internet trying to cancel him." However, some people think that his resignation was appropriate, reports Comic Sands. A user commented, "I can’t help but think the Academy gave Smith a choice: either you resign and save what little face you have left, or we will terminate your membership in the Academy. Goodbye, and good riddance. You put a stain on the Oscar presentation that will live forever." Some people even think that his mere resignation isn't enough considering his actions. A Twitter user wrote, "I'm sure Will Smith wasn't given any option but resign. Now he needs 2 voluntarily return his Oscar. Someone so full of himself, who thought it appropriate 2 slap @chrisrock on air & then with a smile on his face sit back down & refuse to leave doesn't deserve ANY RECOGNITION."