people soul health parenting trending celebrity fitness relationship lifestyle
When Viola Davis Was In School, Boys Threw Bricks & Rocks At Her Every Day. It Was Will Smith Who Helped Her Overcome That Trauma

When Viola Davis Was In School, Boys Threw Bricks & Rocks At Her Every Day. It Was Will Smith Who Helped Her Overcome That Trauma

She shared an incident of racial abuse from her childhood in her recent memoir. 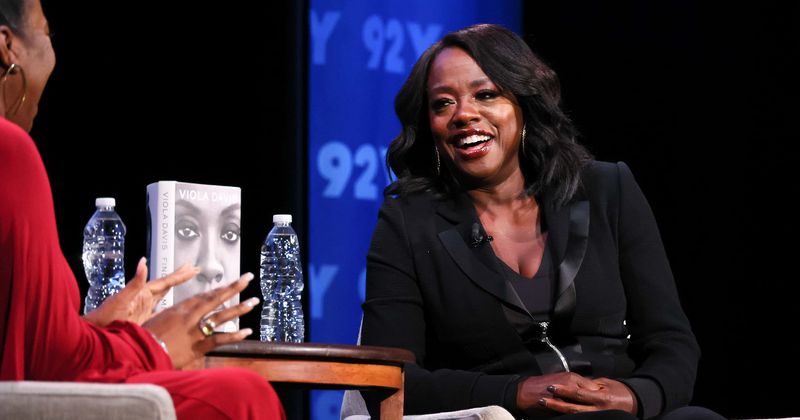 The legendary actor Viola Davis revealed how Will Smith helped her resolve the childhood trauma that had continued to affect her everyday life.

In her new memoir Finding Me, the How to Get Away With Murder actor describes a shift in her worldview while filming Suicide Squad. She said that during a break from filming, Smith asked her, "Viola, who are you?" He added, "Look, I'm always going to be that 15-year-old boy whose girlfriend broke up with him. That's always going to be me. So, who are you?"

She wrote in her book, "There I was, a working actress with steady gigs, Broadway credits, multiple industry awards, and a reputation of bringing professionalism and excellence to any project." She added, "Hell, Oprah knew who I was. Yet, sitting there conversing with Will Smith, I was still that little, terrified, third-grade Black girl," per USA TODAY.

It’s publication day for #FindingMe! Thank you all for all the love and support you’ve shown me and this book. Little Viola is squealing with joy right now. I can’t wait for you all to read it. ❤ https://t.co/VUEeM4E8j1 pic.twitter.com/OcZXXxqnii

At the beginning of her book, she wrote about an incident of racial abuse she had faced as a child in third grade. She wrote, "Eight or nine white boys in my class made it their daily, end-of-school ritual to chase me like dogs hunting prey." They'd throw things at her—pine cones, rocks, even bricks—and yell at her, and use racist insults. She felt as though she was running for her life when she raced away from them, reports Too Fab.

Our next Book Club selection is “Finding Me” by @ViolaDavis, a breathtaking memoir that journeys from the adversity of her childhood years to Juilliard, Broadway, Hollywood & beyond. “Finding Me” will be released on April 26th — pre-order your copy and #ReadWithUs. pic.twitter.com/6NzWuHLd7K

The Oscar-winning actress' childhood was spent in poverty and abuse. When her family moved to Central Falls, Rhode Island, they lived in a rundown house with no power, gas, hot water, or phone. Her father was an abusive alcoholic who had several relationships. Davis describes her father's physical violence, which he mostly focused on their mother, in graphic detail. She wrote, "Then he just swung his hand and smashed the glass on the side of my mom’s head and I saw the glass slice the upper side of her face near her eye and blood just squirted out. A lot of blood."

Multi-award-winning actress @violadavis has poured herself into the characters she portrays on screen and stage. And now, in her most deeply personal and inspiring role yet, as author. FINDING ME is out now! Listen to Viola on #PouredOver.https://t.co/y4ahXQJD33@HarperOneBooks pic.twitter.com/3zB1EyVT6x

She also writes about the physical abuse she suffered at the hands of her brother. She wrote, "My three sisters and I… were often left unsupervised with my brother in our apartment – sexual curiosity would cross the line." She added, "He would chase us. We would lose. And eventually, other inappropriate behavior occurred that had a profound effect." She further wrote, "There is an emotional abandonment that comes with poverty and being Black. The weight of generational trauma and having to fight for your basic needs doesn’t leave room for anything else. You just believe you’re the leftovers."