They started sleeping together six months after their mother died. 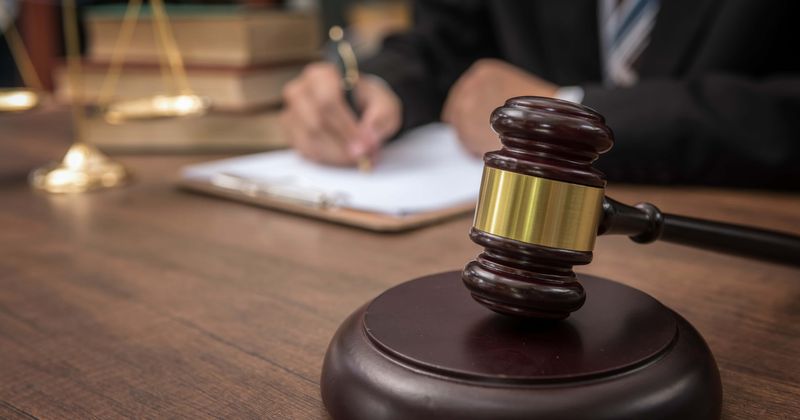 A man from Germany has four children with his younger sister and is fighting to make incest legal in the country. Patrick Stuebing, 44, from Leipzig, was adopted as a child. However, he was able to track down his biological family when he was 23-years-old. This is when he first met his younger sister, Susan Karolewski, now 37, reports Metro. Their biological parents had eight children and all of them were bought up in a low-income, uneducated and abusive environment. Stuebing was attacked by his now-deceased father with a knife when he was just three years old. He was made a ward of the court after this incident and was eventually adopted.

Karolewski was born a day after the parents' divorce was finalized. She was brought up by an unemployed and absent mother, Ana Marie. She is barely educated and cannot write properly due to growing up in a condition of deprivation. Six of their siblings died in childhood and some of them had physical disabilities.

When Karolewski tracked down his biological family after four years of struggling, he moved in with them. Ana Marie allowed him to share the bedroom with Karolewski who was just 15-years-old. He told Daily Mail, "We both stayed up late into the night to talk to each other about our hopes and dreams." Six months later, Ana Marie died and Susan tried to find comfort in her other disabled sibling Andre but he also passed away the same year.

'Incest between siblings should not be criminalised', recommends Germany's Ethics Council http://t.co/iq72IO7aE9 pic.twitter.com/YCAoJ7BtGw

Karolewski continued to grow closer to her elder brother. She said, "Trust grew into a different type of love when our mother died six months later." Steubing said, "I became head of the family and I had to protect my sister. She is very sensitive but we helped each other during this very difficult period and eventually that relationship became physical." They began a sexual relationship and later revealed that they slept together 16 times between January and August 2001.

Stuebing said, "We didn't even know we were doing anything wrong when we started sleeping together. We didn't think about using a condom. We didn't know it was illegal to sleep together." The couple had four children between 2001 and 2015 and most of them were born with disabilities. The siblings were tried in court for incest in 2002. After being found guilty on all charges, Stuebing received a year's suspended sentence. Susan, who was 17 at the time, was regarded as a juvenile and placed in the care of youth services.

They are in denial that the disability of their children has anything to do with the fact that they are siblings. They blame it on the other disabled members of their family. Steubing was again jailed for two and a half years in 2005 for indulging in incest. All four children were taken by the social services and are in the care of the government. Karolewski also had a fifth child with another man while her brother was in jail in 2005.

Since then, Stuebing has been sterilized in the false notion that if he does not have any more children with his sister, he would be able to avoid prison. Susan said while defending their relationship, "It's not the same for us. We fell in love as adults and our love is real. There is nothing we could do about it." They even tried to campaign for making incest legal by taking their case to the Court of Human Rights in 2012 but were completely denied.

However, in 2014, the German Ethics Council conducted an unexpected vote in the favor of the siblings indulging in incest. The couple still continues to live together in Eastern Germany.