The community came forward to make the day very special for the duo. 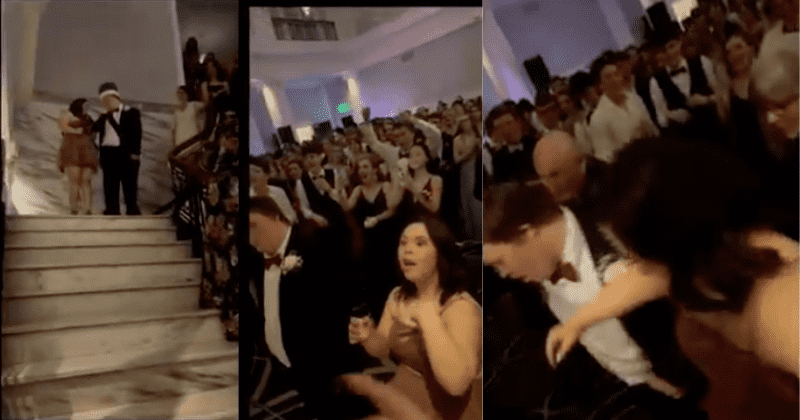 Two students with Down syndrome were recently crowned the school's prom king and queen.

Anna Anderson and Zane Wales from Jefferson Forest High School in Virginia were honored with these titles last month. Their teacher Heather Hevener told WSET that their classmates wanted to display their affection and show them how important they are to the community. Hevener said, "They see these kids every day. They walk the same halls with these same kids, and they just feel like they're part of them, so they wanted to make sure that they also really felt part of them."

Hevener said that the plan to give the titles to Anderson and Wales began, "probably in February or March." She added, "I had a few students like, 'You know what? This year, Zane Wales for prom king -- let's do it!' So, they started the campaign on their own, and then, when we asked for nominations, Zane's name came through."

Taylor Perkins, their teacher, adds that the community played an important role in making their night a success. Local companies from the area like Emerald Limousine provided a limousine, while Celebration Bridal provided tuxedos. The night was memorable for Anderson and Wales, but it also made many others happy. Anderson and Wales are both enjoying the rewards of their new roles, complete with sashes and crowns. Anderson thinks her favorite part was the dancing, while Wales says his favorite part was winning the crown, per PEOPLE.

Meet your Jefferson Forest High School prom king and queen! Zane Wales and Anna Anderson were crowned over the weekend thanks to their classmates 👑

Hear from them about their crowning tomorrow morning on @ABC13News pic.twitter.com/9FIb8aWiYd

According to United Nations, "Down syndrome occurs when an individual has an extra partial (or whole) copy of chromosome 21." People with Down syndrome experience various intellectual and developmental abilities and they affect each individual differently. This genetic syndrome occurs in every 1 in 1,000 to 1 in 1,100 live births. Infants with Down syndrome may be of ordinary size, but they often develop slowly and remain shorter than other children of their age. Their speech development is affected and some people may have short-term or long-term memory loss, per Mayo Clinic.

Heartwarming: Thanks to the student body at Jefferson Forest High School, Anna Anderson and Zane Wales were crowned prom king and queen.https://t.co/sCMhC3PZk0

A video of the duo was shared on Facebook and people are extremely in awe of them. A person commented, "Love these kids it's so awesome to see the love that the whole school give we need this more showing love and care." Another one said, "Kisses and hugs to you on your special day.love and hugs to yourself and stay safe out there and enjoy every minute of it and stay safe.kid love you very much.Joy and happiness.perfect dinner time with lots of lovely smile, laughter and love."