He was rushed to the hospital after he experienced abdominal pain and his skin turned purple. 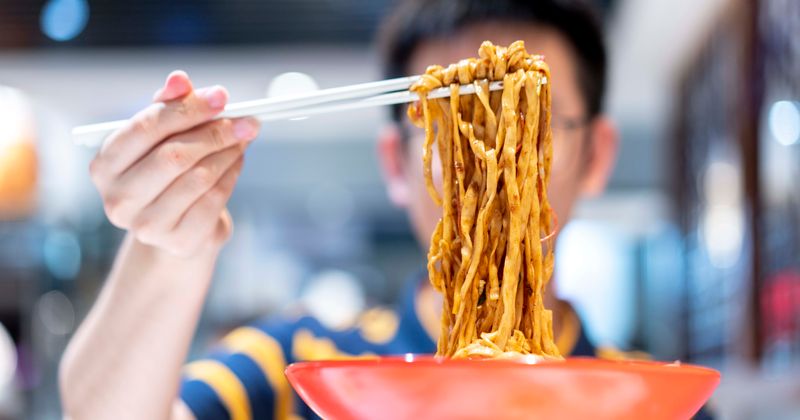 After eating improperly preserved leftovers, a Massachusetts youngster suffered horrible repercussions. After eating leftover rice, chicken, and lo mein from a restaurant, the anonymous 19-year-old college student was brought to the hospital with multiple organ failure, reports USA Today. Furthermore, The New England Journal of Medicine published a report that said his skin went purple and he felt abdominal pain. The report stated, "Multiple episodes of emesis occurred, with vomitus that was either bilious or red-brown." He was taken to the emergency room by his friend when his health started declining.

*Throws away everything in his fridge*https://t.co/udD9gVoyoP

His condition deteriorated further at the hospital, as he suffered from vomiting, high blood pressure, and irregular breathing. He had contracted meningococcal purpura fulminan illness, also known as Purpura fulminan, an uncommon consequence of septic shock, per Comic Sands. It resulted in a stiff neck, nausea, respiratory failure, shock, and organ failure. Overall, the student had been in good health earlier, despite his frequent drinking and smoking habits. Bacteria causes this illness, which manifests itself with symptoms like rapid fever and vomiting. According to the Centers for Disease Control and Prevention, "10 to 15 in 100 people with meningococcal disease will die." While 1 in 5 people will have a disability after this condition.

His condition deteriorated throughout his hospital stay, and he acquired necrosis, which is the loss of tissue and cells. According to the report, medics had to amputate his legs and fingers at that moment. His heart malfunction necessitated the use of a pacemaker for 13 days. The medical team discovered that despite receiving the first dose of the meningococcal vaccination, the Massachusetts student never received the necessary booster. His roommate ate the leftover meal and vomited as well, but had no life-threatening consequences, possibly because he had received the booster shot. When bacteria is cooked and left out too long, it develops a toxin, according to the CDC.

This is why I don't eat food that's more than 2 days old or has been out of the fridge longer than an hour. I've been called a germaphobe but you can't friggin convince me the risk is worth it. https://t.co/9oP1CLXAHq

As goods like rice and pasta contain a bacteria called Bacillus cereus, experts have recommended against incorrectly keeping leftover rice. This unknown risk of leftovers has alarmed many on social media. A Twitter user wrote, "I left my frozen rice bowls in my grocery bags overnight by accident. I did eat 1 but now, I'm going to throw the others out." Another wrote, "Saw this today and it legit freaked me out because my normal method is eat stuff and hopefully I don’t get sick (never have that I know of)." People are now swearing that they will never refrigerate leftover food in an incorrect manner and stressed the importance of getting the available vaccines to prevent such horrifying consequences.