A person on Reddit shared their bizarre story which left people shocked. 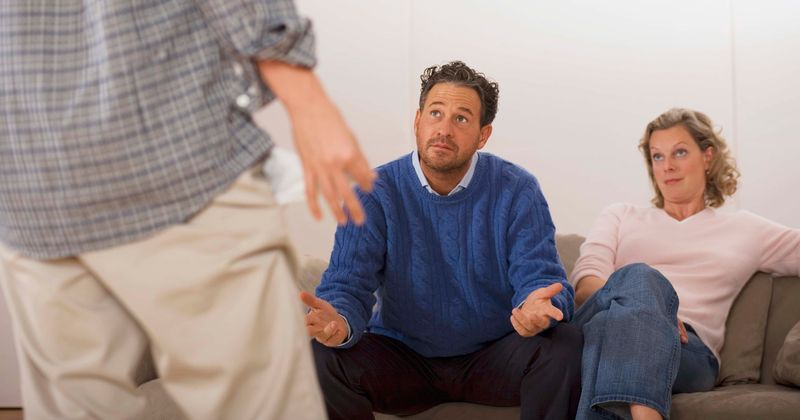 Many parents raise their kids hoping that they would turn into adults that will always care about them and support them if need be. Some kids don't believe that they're obligated to repay their parents for raising them. One couple decided to sit the husband’s parents down and inform them they have no intention of supporting them when they get old. They shared the story on AITA (Am I The A**hole) subReddit but have since deleted the post. According to Percolately here's what they said: AITA for sitting MIL [mother-in-law] and FIL [father-in-law] down and telling them we will not support them in their old age and they can’t live with us?

The OP elaborated: My husband’s parents have been divorced for 15 years and both remarried within a year or two of splitting. FIL and his wife are not doing well financially. He has a gambling problem, she has a shopping problem, and they live way beyond their means. I try to mind my own business, but my husband is the only child, and I worry that they think we are going to provide in their old age. MIL doesn’t work. She is married to a man who works in commercial real estate and is very successful. He owns a share of the firm, is semi-retired and they live very well. We aren’t close to MIL. We are civil when we see her a couple times a year, but there isn’t much of a relationship. We decided that we had to talk to FIL about his retirement plans and the future. We want him to have fair warning and understand that we are not going to be helping. We decided to talk to MIL as well, not that she expects anything, but to make it less embarrassing for FIL and to be fair. We asked them both to lunch and told them that they will never be welcome to live with us, and that we are not going to fund them in their old age, so save accordingly. FIL seemed embarrassed but said he understood. MIL began to get angry and wanted to know why she was there.

The OP explained to her that she was just being upfront but "she kept demanding to know if she had ever asked us for anything. she said we wasted her time, we haven’t seen each other since Christmas, and why would she even want to live with people she sees two or three times a year. She then said she doesn’t even like us, which seemed kind of dramatic, and stormed off. I am somewhat friendly with MIL’s stepdaughter and I heard from her that MIL’s husband is pissed. He is pretty old-fashioned about gender roles and the man providing, and I guess he took it as a huge insult. MIL is apparently offended because she thinks I lumped her in with her ex. I think everyone is being crazy dramatic." Most Redditors reacted saying OP was in the wrong for the situation. Many were shocked that the OP didn't realize how insulting the couple was being.

Most Redditors seemed to think that the MIL's response was justified and the couple were necessarily rude and stirring up drama. One user wrote:I'm so embarrassed right now for OP. Like, cringing so hard at them doing this and then not understanding why its f*cking weird and assh*ley. Another added:YTA. You took someone out to dinner who never asked to live with you, and who you barely see, just to tell them they’re not welcome to live with you? And you’re going to sit there and pretend you’re completely shocked that they might take offence?” Do you'll agree?