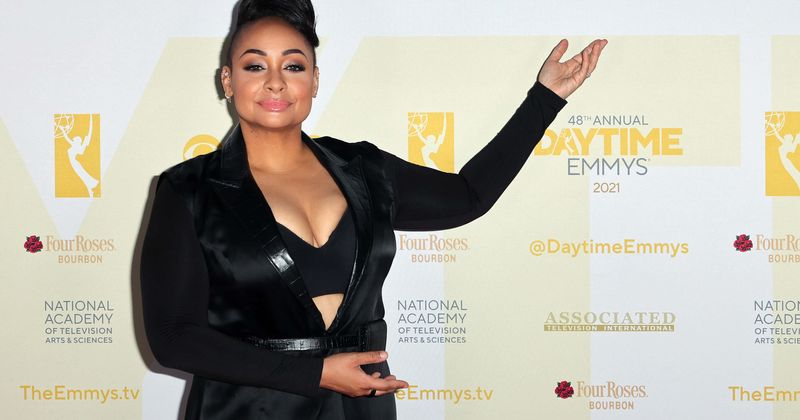 Raven-Symoné, the That's So Raven actor, spoke against a controversial Florida bill that has been dubbed the “Don’t Say Gay” bill. Florida's Gov. Ron DeSantis, a Republican, signed the HB 1557 bill named "Parental Rights in Education," last week. Teachers in Florida's public schools are now prohibited from discussing sexual orientation or gender identity in the classroom, per NPR. Raven said in an interview with TODAY, "I’m going to say this, and this is my thing: If there’s a 'Don’t Say Gay' bill, there should be a ‘Don’t Say Straight’ bill."

Before the bill was signed into law, Disney CEO Bob Chapek did not take a firm stance against it. So, Raven along with all her co-stars from the sitcom, Raven's Home, along with other Disney actors and staffers staged a walkout in protest. Chapek apologized to his employees in a statement recognizing his mistake.

He wrote, "Starting immediately, we are increasing our support for advocacy groups to combat similar legislation in other states. We are hard at work creating a new framework for our political giving that will ensure our advocacy better reflects our values. And today, we are pausing all political donations in the state of Florida pending this review."

Florida Gov. Desantis has just signed the "Don't Say Gay" bill. At the press conference, he voiced his opposition to "woke gender ideology."

Let's be clear: our identities are not some sort of political agenda. It's who we are, and we deserve respect.https://t.co/Pe9dcuMG8L

Supporters of the bill believe it would give parents more control over when and how they present LGBTQ issues to their children. It also allows parents the option of filing a lawsuit against a school district if the policy is broken. However, Raven-Symoné believes this law can be extremely damaging to kids with queer and trans parents.

She said, "It’s not fair, and there are multiple kinds of humans in this world, and you are ruining the psyche, the confidence of so many young children because you are discrediting their parents, the people they love, the people that raised them, the people that teach them the manners when they walk into that schoolroom." She added, "So if you’re not going to honor their family, your family shouldn’t be honored either.”

Statement from The Walt Disney Company on signing of Florida legislation: pic.twitter.com/UVI7Ko3aKS

She talked about her wife Miranda whom she got married to in 2020, "I found my life partner, I found the person that makes me feel comfortable and in my skin, and she’s down for the cause."

This rhetoric of the 'Don't Say Gay' bill was dubbed "sloganeering" by DeSantis and other supporters gathered for the bill signing, who also alluded to attempts to teach children about LGBTQ issues as part of "woke gender ideology."

Queer and trans kids already suffer higher health and suicide risks than their cisgender or straight classmates, according to studies. According to The Trevor Project, when those children are given access to environments that confirm their gender identity, they have fewer suicide attempts.

However, despite criticisms, DeSantis remains defiant, he said, "I don't care what Hollywood says. I don't care what big corporations say. Here I stand. I am not backing down." The law which is considered dangerous and oppressive will come into effect from July 1.