People who swear too much have been stigmatized as being uneducated or missing crucial language skills. But this may not be entirely true. 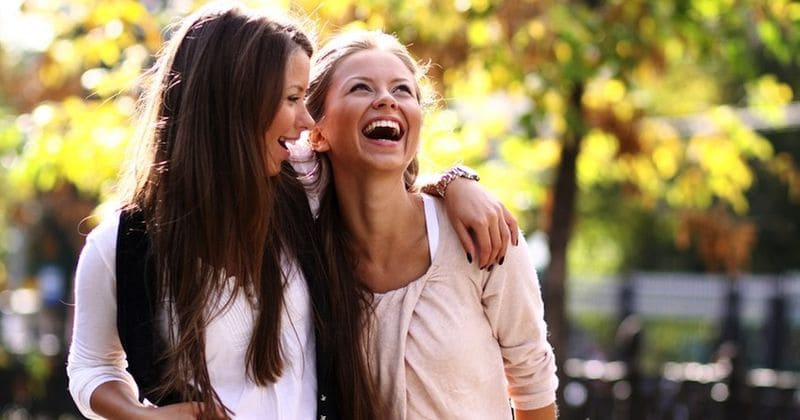 If you grew up with an elder who cursed much, chances are you've picked up a few classic curses yourself at a young age or swore to yourself that you will stay clean and never take after the sailor-mouthed sibling or parent in your family. Turns out that swearing does come with benefits, and we aren't just talking about the relief that comes after a hot-headed, cuss-filled venting session with a friend.

According to this BBC report, the benefits of swearing are quite a few. And it ain't that uncommon either. According to an article in the American Journal of Psychology, kids begin swearing from the age of six (sometimes younger). The report also suggests that we are likely to swear about 0.5 to 0.7%  of the time we spend talking, which equates to a dozen times a day based on how talkative you are.

What's interesting is that those who swear much also happen to have certain qualities that we admire in our friends. Here is what experts claim are the benefits of swearing.

This perhaps is the most interesting angle worth noting. The article (a rather aptly named one) published by Maastricht University, Hong Kong University of Science and Technology, Stanford, and the University of Cambridge explores the link between honesty and the use of curse words.  This study finds a positive correlation between those who swear and higher levels of integrity. "Profanity is often used to express one’s unfiltered feelings (e.g. anger, frustration) and sincerity,” explain the researchers. Most of us prefer that one friend who is brutally honest with their opinion even if it isn't something we want to hear.

Research suggests that those who swear are likely to come across as more effective and persuasive in an argument. This is because swearing not just indicates your strong views, but also allows you to include an emotional response to a certain situation or subject. Experts (as reported here) who studied swearing also found how swearing allows someone to respond emotionally without resorting to physical violence, especially when our boundaries are crossed.

Contrary to popular belief that swearing is often a sign of poor vocabulary, a study has revealed that those who are fluent in taboo language are also fluent otherwise. It debunks the myth that only those who lack a wide range of words to choose from resort to swearing. This article suggests that those who swear might actually have a bigger vocabulary than those who don't resort to cursing. This CBS report shares more insight on the subject and also interesting additional resources on whether profanity can help you in your career. Some go a step further and also suggest that those who swear possibly have a higher IQ.

Contrary to popular belief, swearing is not always an indication of lack of better vocabulary or language. According to Richard Stephens, a psychologist, senior lecturer, and author of Black Sheep: The Hidden Benefits of Being Bad, when we curse, a different part of our brain is triggered that remains uninhibited by the filters we have for ourselves when we use neutral words.  In his book, he explains, "While most language is located in the cortex and specific language areas in the left hemisphere of the brain, swearing might be associated with a more rudimentary, older area of the brain." This explains why even the most saintly of us find a curse slip out when we hit our toe against something.

Swearing could be a sign of integrity and personal growth

Unlike what we were made to believe, swearing does not indicate a lack of education. And definitely has very less to do with class or socio-economic upbringing. Another study done in 2004 agrees with Professor Stephens in busting many myths of those who swear often. According to this report, the upper-middle-class use curses much more than the lower middle class. As they climb up the ladder they simply stop caring as much about how they will be perceived by others. They tend to not be concerned with the need to be well-mannered and express their feelings and thoughts with fewer pretenses.

Swearing linked to an increased threshold for pain

Professor Richard Stephens explored how swearing can help us cope with pain. Think about the time you banged into something smiling over a silly meme. The second you let out of cuss word, the pain seems a tad bit more manageable. While the study focuses on physical pain, it wouldn't be surprising if swearing also helps us deal with emotional or other forms of pain.

Disclaimer: We apologize for the previous article that had a misleading headline and false claim. The updated article includes accurate facts overwriting the older version.