Being honest is a great trait, but it's important to be mindful when you speak to your partner. 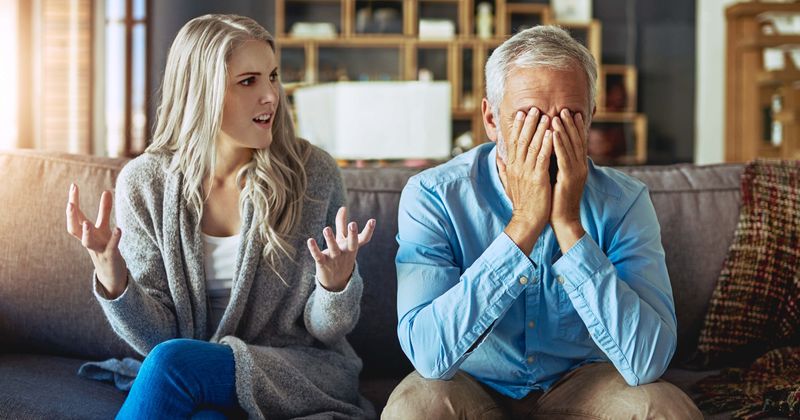 For any healthy relationship, honesty and clear communication are key. But how honest is too honest? Is being brutally honest a good thing? Or is it more important to be mindful when you speak to your partner? Jonathan Bennett, relationship and dating expert at Double Trust Dating, told Bustle that if revealing this information has no real purpose, or if it will cause hurt feelings it's best to keep it to yourself. You may find that "some things are best kept private in order to spare others pain and keep peace in the relationship," Bennett said. So what does that entail? A Reddit user opened up an interesting discussion when they asked: What are some things that a guy should never ever tell his wife?

A Redditor with a top comment responded: My dad, who doesn’t bake anything and barely cooks at all, while eating a slice of my mom’s homemade apple pie: “You don’t cut the apples right.” And that was the last apple pie she ever made for him. Around 40 years ago. As hilarious as that is, it does make sense. Why criticize when it serves no real purpose apart from hurting someone? Maybe you can help with suggestions in a kinder tone, rather than imply that "you don't cut the apples like my mother did."

Another Redditor shared: When I was pregnant with my daughter, maybe ten-eleven weeks and really wacky hormonal, my ex suddenly looked up and said, "I know! If the baby is a girl we should make it Stephanie after my one true love." My name is 100% not Stephanie. Yikes, now this one again is pretty brutal. "Complicated feelings for exes are normal," Bennett shared. Sometimes we might still have unresolved feelings and haven't fully recovered from the end of that previous relationship. Or you might wonder, for brief moments, what your ex is up to. But naming your baby after them? Uhm, probably not a good idea.

What about what happens in the bedroom? Would you ever want to hear that you're not the best sex your partner has had? One Redditor brought that up saying that something you don't want to tell your wife is "that the best sex he ever had wasn't with her." Shouldn't this one be obvious? Another person shared: I once heard my stepdad say (my mom was standing right beside him) that his ex wife was a 10 in looks but a 4 in personality, but that my mom was a 4 in looks, but a 10 in personality. He thought it was a compliment. Aaaaand he still hasn't lived it down, but his story has changed over time. My mom is now a 7 in looks lmao. Another Redditor shared a story in response: Reminds me of my ex. Standing in the middle of a department store he said to me " the 1st time I married for love. The next time I'm marrying for that." As he pointed at a young attractive girl in the store. Jeez, guys. Maybe it's best for the world if not everyone gets married.