Government officials have conflicting opinions on the proposed law. 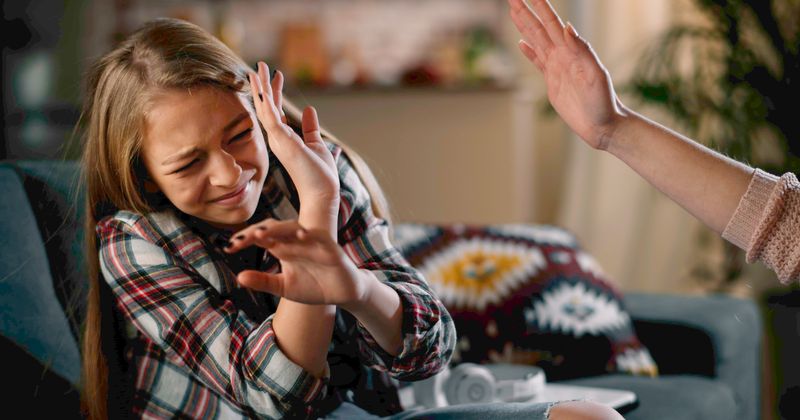 A new law in England states that parents could face up to five years of prison time for smacking their children.

In 2020, Scotland outlawed a defense argument that parents can use to justify the physical punishment of their children. Wales quickly followed suit and banned parents from hitting their children, per Lad Bible. Children's Commissioner for England, Dame Rachel de Souza has spoken in support of the ban in England.

All children deserve the same protection as adults have; to be safe from harm, including physical punishment. Today, Wales joins Scotland as it finally bans smacking children & removes the legal defence of ‘reasonable punishment’- which unbelievably still applies in England!

She talked about the ban on Times Radio saying, "I’m against violence of any kind against children. Because children are more vulnerable than adults, I think we do need to ensure that their rights are supported." She added that she "certainly admire[s] Scotland and Wales moving on this," providing a good forefront for the speculated law change in England.

While English law has various protections for children, there is a 'reasonable punishment' defense that parents can employ if they merely inflict a transient injury on the child. It is upto the court to decide if parents could face jail time for physcially hurting their kids. However, not all government officials feel the same as De Souza on this matter.

#KentTonight poll:
Smacking a child for misbehaving could soon be banned. @UKGovWales published a bill removing "reasonable punishment" as a defence in law.
But do you think England should do the same? @GOVUK #KentSays #mondaythoughts

Education Secretary Nadhim Zahawi believes that disciplining of kids should be "left to parents." He said, "I’ve got a nine-year-old, and I don’t think I’ve ever smacked her but I think her mother, on occasion, has felt a need for a light smack on the arm, if she’s completely naughty and misbehaving," per The Guardian. He added, "It has to be on a very, very rare occasion and not something that we would certainly, as parents, want to do very often. It’s much better to sit down and communicate with your child and discuss behaviour and discuss what positive behaviour looks like."

Robert Halfon, the Conservative MP who chair​s​ the education select committee agreed with De Souza on the ban. He said, "If I walked down to the frontbench and smacked the ​l​eader of the ​H​ouse​ [of Commons]​ I would be possibly done for assault​. I​f I smacked a dog I would be possibly done for cruelty to that dog." He continued, "Yet, when we talk about the smacking of children, we say that it’s a nanny state if we question this." Halfon is not suggesting a complete ban, however, he said, "I do think that we need to discuss these matters very carefully and have a debate."

I am really proud that today we have finally made the physical punishment of children illegal here in Wales.

We must do all that we can to protect our children from harm and this includes physical punishment.

Joanna Barrett, NSPCC Associate Head of Policy, said, "Children are some of the most vulnerable members of our society and deserve more, not less, protection from violence than adults so we welcome the Children’s Commissioner Rachel de Souza’s support today for a change in the law." She added, "We know from our recent poll that public attitudes to physical punishment are changing which shows how Westminster are behind the curve on this issue."

While the debate progresses, it is unlikely that the reasonable punishment defense will be scrapped as of now, especially considering Education Secretary Zahawi's disapproval.