The mother was previously investigated for starving another child and was asked to keep a feeding diary. 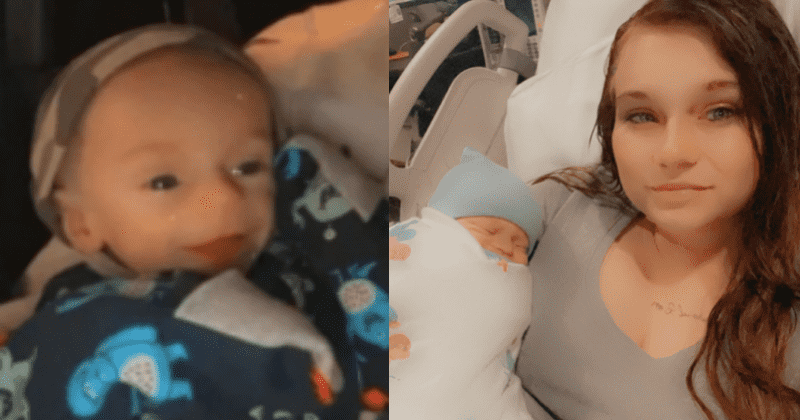 Parents from Indiana have been charged with murder after starving their child to death.

The inquiry was launched in February 2022. The Warrick County Sheriff's Office arrived at a remote residence after getting a report regarding an unconscious newborn. They arrived on the scene and found the child, Silas Chance-Kent Scott, dead. The Autopsy reports revealed that he died of starvation, reports News 14.

The child's parents, Caylin Monroe, 23, and Jakob Scott, 22, have been charged with murder and neglect of a dependent resulting in death. According to the affidavit of probable cause, Monroe told the authorities that Silas was born, "small, but healthy" but, "had difficulty growing." She also reportedly informed that her mother was concerned about the size of the child, per PEOPLE.

A couple from Warrick County faces charges after their two-month-old son starved to death. An autopsy found nothing in the little boy's stomach. https://t.co/YbQ5djI5GO

The affidavit reads, "Caylin stated that her best friend, Grace Hudson, asked why [Silas] was so small." It further read, "Caylin stated she said, 'yeah, he is a little small.' Caylin stated that she thought there was something underlying wrong with Silas, but she never had time to call and get a new pediatrician." According to the official obituary of the child, he was just more than 2 months old at the time of his death.

According to the affidavit, authorities had investigated Monroe for an incident involving another kid. After that, she was required to keep a feeding diary. Despite her friends and mother telling her that there was something wrong with the child, she was afraid that her other kids will be taken away if she took Silas to the doctor. Monroe said during the interview that she had fed the baby earlier, but the autopsy revealed that there was no formula or milk in the infant's stomach.

A southern Indiana couple faces murder charges after they allegedly failed to regularly feed their infant son and the newborn starved to death. https://t.co/mAvco0zi3J

She then reportedly admitted to forgetting to feed her son if he was quiet or if she was busy caring for her other children. According to officials, the last time the infant was fed was at 4:30 p.m. the day before he died. During a police questioning, Scott allegedly claimed that the infant wasn't fed unless he cried. He also couldn't remember if Silas had been fed on the day he died.

The couple is being detained without a bond. Monroe will have a status hearing on May 9 to determine her trial date, while Scott's trial is scheduled for October 18. Monroe wrote about her son on his obituary page on February 18, "We loved you with everything in us my sweet shuggie bear. Your smile lit up a whole room and your sweet sweet noises we loved to hear you talk, you had so much personality to you it was beautiful."