He denied paying any child support and did not play any role in Karis' life when she was growing up. 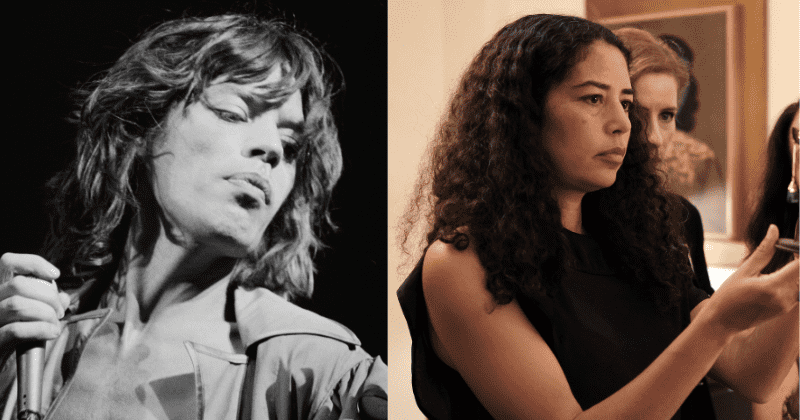 Mick Jagger's lawyers once tried to prove that his daughter Karis with actress Marsha Hunt is not his biological child.

Jagger and Hunt met for the first time in 1969 when Hunt was the female lead in the musical, Hair, reports I Love Old School Music. Jagger reportedly asked his team to request Hunt to dress salaciously on the cover of their rock band single Honky Tonk Women. Hunt refused but Jagger turned up at her apartment a few days later. This marked the starting of their romance and by 1970, Hunt was pregnant with their first child at Jagger's request.

Jagger changed his mind about having a kid with Hunt by the time she was three months pregnant because he had already moved on. She was living with Jagger but moved out when she started experiencing neglect. Hunt later spoke up about the feud she had with Jagger over the paternity of her child. He completely denied that Karis was his daughter and refused to offer any financial support to Jagger. The actress reportedly begged Hunt for $322 during the last weeks of her pregnancy because she couldn't work anymore.

Hunt gave birth to their daughter, Karis, on November 4, 1970, by herself. Jagger saw the infant a few days later in the only effort he made to see his child. Karis was also hospitalized as a child after unintentionally burning herself with hot tea. Hunt asked Jagger for help to pay the $122 hospital bill which he promised to pay. However, he never got around to doing that or providing any child support to Hunt and she ended up living on welfare for the first nine years of Kravis' life.

Mick Jagger's first child was with Marsha Hunt. They had a daughter & her name is Karis Jagger pic.twitter.com/rGYCMUomWE

Hunt and her attorneys put up a sting operation to serve Jagger with paternity papers after he continued to deny their kid. She filed a lawsuit in June 1973, and after three hearings, Jagger agreed to pay $16,125 into a trust for Karis, plus $806 each year towards her living costs, in an out-of-court settlement, per Daily Mail. However, Jagger was already a multimillionaire at the time and allegedly refused to pay Hunt that amount and demanded that she sign paperwork declaring that Karis was not his daughter.

A judge in Los Angeles found in January 1979 that Jagger was the girl's father and ordered him to pay $1,500 a month in child support. He then began to play a role in his daughter's life after five years of not seeing her. When Hunt was diagnosed with breast cancer in 2004, they became friends again. However, that lasted until 2012 when Hunt auctioned many personal letters of Jagger that he had written to her for $300,000.

Karis, now 43, was disowned by his father as a child but now continues to be his biggest support in the darkest times of his life. She reportedly was by his side when Jagger's longtime girlfriend L’Wren Scott died last month. She played a big part in organizing the funeral and helping her father deal with his loss.