She also trespassed and fired his babysitter. 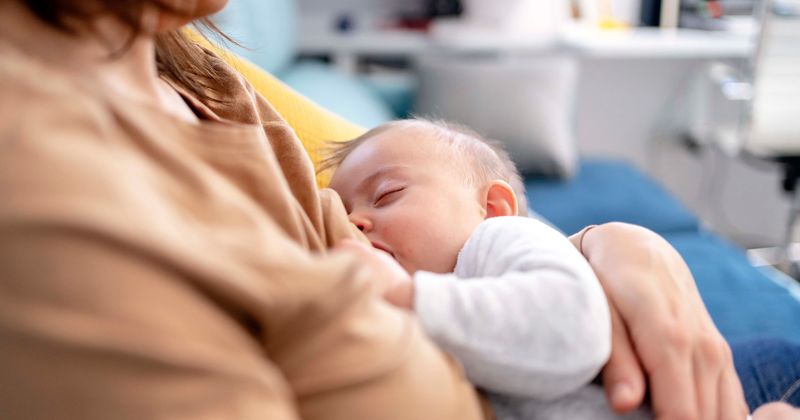 Parenting is a difficult task and being a single parent is even more challenging and exhausting. A Reddit user, u/SammyandMe35, lost his wife while she was giving birth to their first child. His mother-in-law decided to help him out in raising the child. However, things did not go as planned as his mother-in-law trespassed at his house and fired his babysitter.

He wrote in the subReddit “Am I The “A**hole” about the incident, asking if he did the right thing by not allowing his mother-in-law to enter his house. He wrote, "I am a widower. I lost my wife (Anne 34) just minutes after she gave birth to our first baby (Sammy). She had a difficult pregnancy so I took an indefinite leave 3 months before she was due." He added, "Sammy’s 4 months old now and before I went back to work, I told my mother-in-law (MIL) (Sandra 56) about my plans and if she can recommend a nanny to take care of my daughter when I work."

The grandmother offered to babysit the child for free. He added, "I told her she’s free to come by anytime during the day if she feels uncomfortable with a nanny looking after Sammy, but she insisted on doing it herself." The father gave her a key to the house. He wrote in the post, "She comes 30 mins. before I leave for work, and when I come home, she stays for dinner and leaves after putting Sammy to sleep."

Everything was working well until the father began noticing a lot of behavioral changes in his daughter. He wrote, "Everything was fine for the first couple of weeks until I noticed that Sammy’s not feeding as much." He added, "Her formula’s barely touched. I asked Sandra about it and why Sammy’s not feeding well. She said she’s trying to breastfeed my daughter." The father thought that she was joking but the grandmother was serious. He told her that she had to stop. "She said she will but I caught her again when I walked in my daughter’s room and she was forcing Sammy to latch," the father wrote.

He dismissed her as the child's nanny and told her that she is welcome to visit anytime. However, he learned from his babysitter later that the grandmother had fired her. He added, "I was about to call her when she showed up and said a convoluted story like how I hired an incompetent nanny, etc. etc. I told her to leave but she refused and told me she’s calling CPS because I am endangering my child." He called the police and complained about her trespassing.

All Reddit users agreed that his mother-in-law did cross a line. A person commented, "Her trying to breastfeed your daughter without your permission is gross and completely wrong. Beyond that she FIRED YOUR NANNY? I’d ask for your key back and set some serious boundaries." Another one said, "‘Weaponize grief’ that’s exactly the comment I was hoping to see on here! Your MIL’s grief isn’t ‘more’ than your own - this isn’t a competition- and trying to lactate without your express approval (ewww) is more than enough reason to kick her ass to the curb. You sound like a great father NTA by a long shot!"

A third person noted, "And she was starving the child in addition to it because MIL wasn't feeding formula. Let MIL call CPS. She's the one who'll end up with charges, not OP."