Her longtime friend revealed that she had not wanted to be put in a wheelchair but the managers forced her. 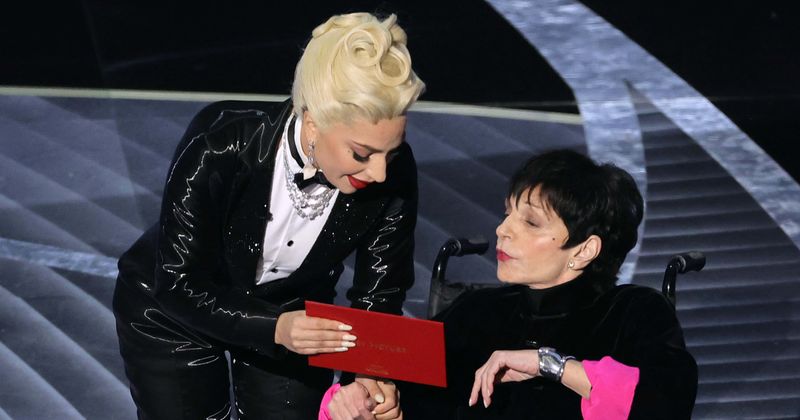 Liza Minnelli surprised her fans across the globe by making a special appearance at the 64th Academy Awards. Lady Gaga joined Minnelli to announce this year's Best Picture winner.

After her last album, Confessions, released in 2010, the 76-year-old Hollywood star had withdrawn from the spotlight in recent years, reports Buzzfeed. When people saw her in a wheelchair for the ceremony, appearing confused and unclear about what she was expected to do at times, there were concerns about her health. As we reported earlier, Gaga came to her rescue and helped her out.

Liza Minnelli felt 'shaken' and 'sabotaged' after being forced on stage in wheelchair at Oscars https://t.co/5dRENRhH8C

Gaga was appreciated globally for holding Minnelli's hand and allowing the Oscar-winning actress to have her moment. When Minnelli made her way onto the stage, the audience exploded in cheers and gave her a standing ovation. Gaga told the legendary actor, "You see that? The public, they love you." The moment seemed heartwarming and generous. However, Michael Feinstein, Minnelli's lifelong friend, has now made some stunning revelations regarding what went on behind the scenes of Minnelli's Oscars presentation as well as her overall health.

Feinstein claims that the ceremony organizers sabotaged Minnelli's performance by forcing her to use a wheelchair against her will, only seconds before she was supposed to take the stage. According to him, Minnelli was confused about her lines because she was startled by what had happened backstage. He assured fans that her health was not a cause of concern.

Liza Minnelli's longtime friend Michael Feinstein said she was asked at the last minute to appear onstage in a wheelchair at this year’s #Oscars. Minnelli had initially requested to be in a director’s chair: https://t.co/n7XhTIP9BJ pic.twitter.com/M1xb0ULruG

The actress had wanted to sit in a director's chair for the appearance and was extremely upset when she was dragged onstage in a wheelchair instead. Feinstein spoke with The Jess Cagle Show on SiriusXM, "She was sabotaged. That’s a terrible word to use, but she only agreed to appear on the Oscars if she would be in the director’s chair, because she’s been having back trouble and she said, ‘I don’t want people to see me limping out there.’ She said: ‘You know, I wanna look good. I don’t want people to worry about me.’"

The infamous moment of Will Smith slapping Chris Rock apparently influenced this decision of putting Minnelli in a wheelchair. Feinstein said, "And Liza pleaded. She said, ‘No, I will not be seen in a wheelchair in front of everybody. I will not do this. I refuse to do this.’ And they said, ‘Well, it’s either that or nothing.’” He continued, “And so I said, I was there. I said, ‘What do you wanna do?’ And she said, ‘I’ll do it.’ And she was so shaken that she was discombobulated. She was nervous. It made her look like she was out of it."

A collaborator and friend of Hollywood legend Liza Minnelli believes that she was “sabotaged” into taking the Oscars stage in a wheelchair when she presented for best picture alongside Lady Gaga.https://t.co/nHvFZGhw7C pic.twitter.com/tpAFNCGuE7

Minnelli has had major health problems in the past. After surviving a rare episode of viral encephalitis, a life-threatening brain illness, she was told, in 2000, that she would never be able to walk or talk again. Scott Gorenstein, Minnelli's former publicist, told New York Post, "Liza is living her best life, not having to be in front of the cameras. She’s been under tremendous pressure her entire life to perform for audiences. The past couple of years have allowed her to relax and enjoy another phase of her life."