It is just one of the many good deeds the actor has done during his successful career in Hollywood. 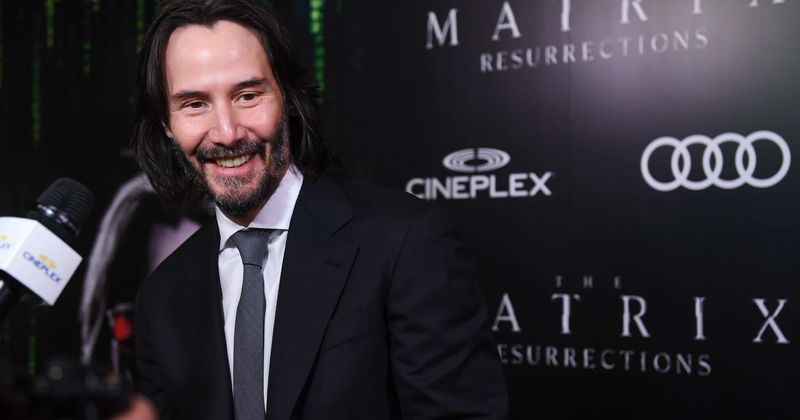 Keanu Reeves, the Canadian actor, is well-known for his humble personality and acts of kindness. Recently, a man named Lucas Stanos shared yet another humble incident related to the actor on Facebook. He wrote, "So I was at the airport with my sister and we has excess baggage charges but we didn't have enough money to pay for it, luckily though Keanu Reeves was on the same board as us and ended up paying for everything." The post was shared by Tanks Good News on Instagram and users were moved by his gesture.

A user commented, "I always say we all just need to be like Keanu Reeves. Chill and an angel of a human being." Another said, "This guy seems to be everywhere when ppl need help the most lol, walking angel." Another Instagram user stated, "I've seen posts about him helping others but the fact that he doesnt seek any praise is prove enough of his deceny," A similar thing happened in a flight in March 2019. Reeves was forced to make an emergency landing on a plane bound from Los Angeles, but that didn't stop him from gently posing for selfies with his fellow passengers, reports Insider.

Reeves even went well beyond by assisting with transportation to their destination, San Francisco. Along the ride, he entertained passengers with facts about California and even played country music from his phone. He also donates large sums of money to children's hospitals and cancer research. The actor is said to manage a private philanthropic foundation that helps ailing children, but his name isn't tied to it, reports Far Out Magazine. Reeves' contract for the "Matrix" sequels "The Matrix Reloaded" and "The Matrix Revolutions" included a considerable wage reduction for the actor in order to free up funds for the films' costumes and special effects.

Keanu Reeves’s hand motions are Oscar-worthy during his explanation of why Hong Kong should go see “The Matrix Resurrections.”

(FWIW, Keanu says he will donate 70% of his salary from this film to cancer research.) pic.twitter.com/oXGwMEHvh1

He also gave away 70% of his salary from The Matrix released in 1999 to leukemia research as his sister, Kate, was diagnosed with the ailment, reports What To Watch. After a particularly grueling action in John Wick 3, he awarded each of the stuntmen a Harley-Davidson motorcycle. He talked to Esquire, "That fight was 17 shooting days. We trained every day for seven hours for three weeks going through all the motions," He added, "So, obviously I was getting paid well. And so, you know, just as a thank you to those guys. Got them some gifts."  Reeves has been deemed a generous human being who hasn't let his success in Hollywood affect his gentle and charitable nature. He reportedly writes poetry and is an extremely good listener.