The singer even wrote an emotional song called Unbroken, written from the eyes of a veteran who's returned home with nightmares and battle scars. 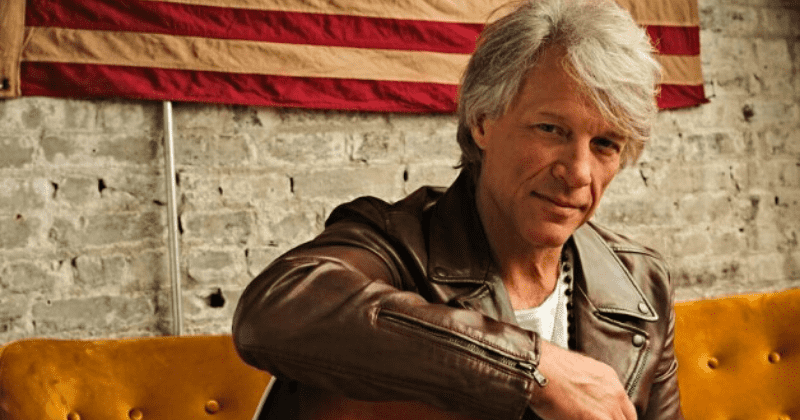 Editor's Note: This article was originally published on November 11, 2019. It has since been updated.

For decades, Jon Bon Jovi has been the voice behind some of the greatest rock hits which have climbed to the top of the music charts. But now, the singer is using his voice to speak up for some of the most vulnerable sections of society through the JBJ Soul Foundation, making a difference "One SOUL At A Time". One of the issues that Jovi has focused on is homelessness, especially among veterans, the very men and women who put their lives on the line and fought for the country but end up being homeless when they return, unable to get back on their feet. Jovi's foundation has donated $525,000 to provide homeless veterans with a place that they can call "home."

Jovi's foundation lent its support to HELP USA which has driven its efforts to run permanent housing programs across America. With the rockstar's help, they have opened a new housing facility in Washington. While Jovi has never been a part of the military, he was raised by parents who were both Marines. "Service was always a part of who I was," Jovi told The Washington Post, as quoted by Stars and Stripes. Now, he's driving efforts to serve the people who once served the country.

Many of these veterans return from the field with PTSD and they struggle to re-adjust to life. When there's nowhere else to turn to, they end up living on the streets or take up temporary solutions. HELP USA and the JBJ Soul Foundation have helped put a roof over dozens of veterans like Clifton Braxton, an Air Force veteran who has been transitioning in and out of homelessness for two and a half decades. 72-year-old Braxton spent the past year sleeping in his car or on the couches of his friends and family. But now, he can lay his head to rest every night in his brand-new apartment.

Also finding a home in the new complex is 29-year-old Latisha Austin, who became homeless in 2017 and has been living in a temporary housing facility for almost a year. When she went to see her new room, she was so excited that she hugged the door and said, "This is my room." Both Braxton and Austin were able to meet Jovi while they saw their new homes in the complex. Apart from pouring his efforts and funds into the project, Jovi even wrote a song to honor the country's veterans, men and women, who leave their families and their entire lives behind, and head to the battlefield. The song, titled, Unbroken, is written through the eyes of a veteran who has come back home with nightmares and battle scars but would still do it all over again for their country.

As a tribute to America's veterans and to their service dogs, Unbroken was written by Jovi for the documentary called To Be of Service and will also be a part of his new album, releasing in the spring of 2020, as reported by USA Today.

When Jovi spoke to CNN about the initiative, he talked about how many of these veterans come back from the field, struggling with PTSD, and this new complex provides support to its residents through vocational training, job placement, and even help to cope with substance abuse, psychiatric and physical health concerns.

Trying to reintegrate the homeless veterans in the best way possible, HELP USA's chief housing officer, David Cleghorn said, "You tend to find social isolation in veterans coming off the streets." When homeless veterans get a permanent housing facility, many of them "close the door, lock it, and never come back out again, because there's a survival mode they get into..." But Cleghorn mentioned that they are trying to "develop spaces in the building that will encourage veterans to spend time together."

Through the mission of his foundation, Jovi was able to help bring it all together, going one step closer towards breaking "the cycle of poverty, hunger, and homelessness". According to Veterans Advantage, when he addressed the crowd at a concert that was reserved for American servicemen and women, Jovi said, "We love them and appreciate what they go through for their nation and for their families that are thinking of them."