"I would remove myself from the situation, as I'd done as a youth, as much as possible." 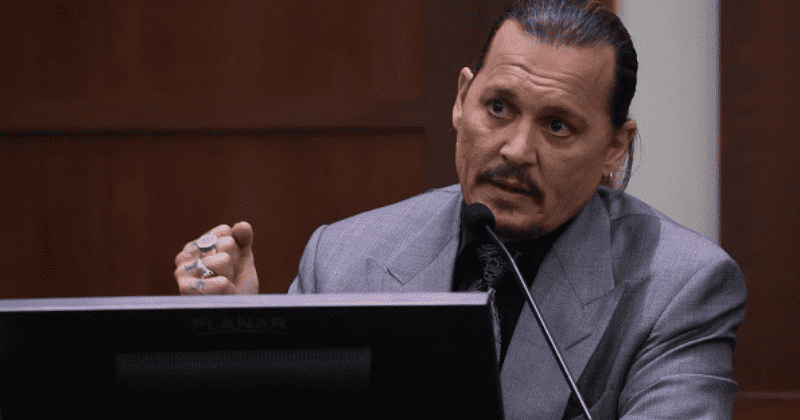 Johnny Depp is suing his ex-wife Amber Heard in a defamation case. In the next part of his testimony, he revealed several things about their volatile relationship.

The Pirates of The Caribbean actor has been answering questions regarding his marriage, childhood, and his struggle with substance abuse. Depp faced a lot of physical violence from his mother when he was a child. His substance abuse also started because of this reason as he started taking his mother's prescription pills to escape abuse.

On 20th April, he stated that he would lock himself in the bathroom when Heard became aggressive and violent, reports Lad Bible. He said, "I would remove myself from the situation, as I'd done as a youth, as much as possible."

Depp further said in his testimony, "I certainly didn't believe there was any need for these various subjects or arguments to come up and travel the distance that they did so very quickly, to ramp up so fast. It was like you were pinned to a wall and you had to listen to it and just take it." He further said, "So I found the only way to find any sort of peace was to try and walk away."

He added, "If she didn't allow me to walk away, then I would just got and lock myself in the bathroom or anywhere she couldn't get into." He said that this was very frequent and happened, "constantly over the years."

Jurors are once again hearing audio recordings of an argument between Depp and Heard.

Depp: Miss Heard felt it necessary to bring my kids, my son, into that argument. And say that she hopes my son's step-father can teach him how to be a man, since I couldn't. pic.twitter.com/ELyjacuWS6

Depp previously dismissed all the claims of domestic abuse made by Heard in her 2018 Washington Post op-ed. She did not name Depp in the article but talked about abuse from an ex-partner. Depp sued Heard for $50 million and according to him, he suffered great financial losses due to these claims. He was pulled out of the Pirates of the Caribbean franchise which he led for almost 15 years. He also stated in the first part of his testimony that he has not implicated any kind of physical abuse on Heard and has never struck a woman in his life.

Rottenborn ends today by showing the joint statement #JohnnyDepp and #AmberHeard both agreed to release, "Neither party has made false accusations for financial gain."

Rottenborn: Did I read that right?

Depp: You did Mr. Rottenborn.

Depp's Bodyguard, Sean Bett, supported his claims of physical abuse at the hands of Heard, He presented various pictures of Depp with injuries to his face. He also said this wasn't rare as he constantly spotted injuries on Depp after an argument with Heard. He shared how one time Depp asked him to take Heard to their penthouse. Bett privately told Heard that "this can't continue." He added, "You’re either going to kill each other or you’re going to end up in jail."

Depp further stated in his testimony, "My personal experiences, which I had shared with Miss Heard, those facts were used against meat weapons especially when it came to my kids. There was no need for it."

Heard has also sued Depp for $100 million and this case is still going on in Virginia.