John R. Cherry III, Creator of Ernest P. Worrell, Dies at 73 | He Had a Long Battle With Parkinson’s

"In addition to being a brilliant writer, he was also an amazing artist, a skilled fisherman, and an all-around amazing human being," Melissa Laster, the administrator of the Ernest P. Worrell page wrote in the tribute. 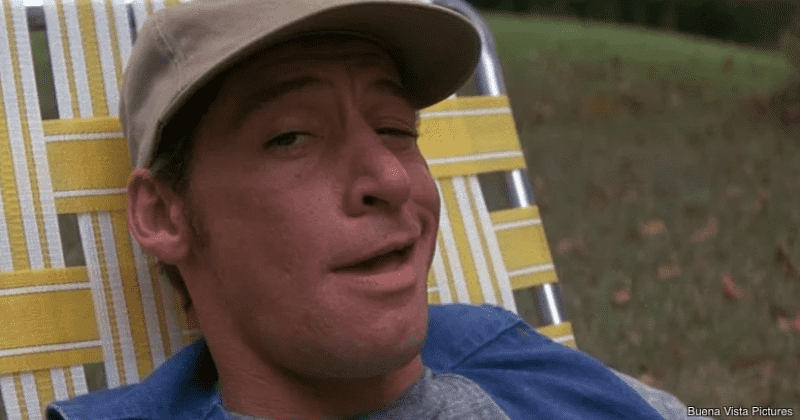 John R. Cherry III, the creator of the widely-loved character of Ernest P. Worrell, passed away at the age of 73.

Cherry was the executive vice president and co-founder of the Carden and Cherry advertising firm in Nashville, where the character of Ernest was created, reports WSMV. While working for the Carden and Cherry advertising business, Cherry developed the Ernest character based on a guy who worked with Cherry's father. Actor Jim Warney who went on to play this character for 15 years started working with Cherry when he was a young stand-up comedian. He portrayed this character in a series of commercials at first.

Learned from Facebook that John Cherry, the director/mastermind of the Ernest movies, has passed away after a battle with Parkinson’s. Can honestly say this man brought me a lot of joy growing up, and that Ernest Goes to Jail is legitimately a very funny movie. RIP to a real one. pic.twitter.com/uotYEPV0zn

Cherry and Varney collaborated on the character's development, bringing him to the big screen for the first time in 1987 with Ernest Goes to Camp, per Diply. With the exception of Ernest Goes to School, Cherry worked behind the camera, writing and directing all of the Ernest films and television episodes. Cherry did, however, appear in three films as a cameo artist, Slam Dunk Ernest, Ernest Goes to Africa, and Ernest in the Army.

The character grew on people and they find it really easy to love Ernest in all his ways. The character was humble, sweet and scared stupid which allowed people to relate their own life experiences with him. Cherry's memoir, Keeper of the Clown: My Life With Ernest, was released in 2013. Ernest was developed, according to his memoir, to advertise an event at a Kentucky amusement park.

RIP John Cherry, 73 (when I interviewed him a couple years ago he said "I'm 71 but I feel like I'm 180"). He was the Nashville ad guru who created the "Ernest" character for those once ubiquitious TV commercials with Jim Varney that they spun into 8 Cherry-directed "Ernest" films pic.twitter.com/vtI7wcDWfh

Purity Dairies, situated in Nashville, picked up the show after it aired because of its growing popularity. Throughout the 1980s, he was a regular in Purity advertisements and ultimately made it to the big screen. However, Varney passed away in 2003 due to lung cancer at the age of 50 and the character was retired.

In the late 1990s, bohan bought Carden and Cherry, and in the early 2000s, the Carden and Cherry title was eliminated from the company's name. “John Cherry was truly one of the pioneers of Nashville’s advertising industry. I am grateful that the bohan agency has ties to John and the legacy he leaves as a creative force and genuinely kind man,” bohan President and CEO Shari Day said in a statement. “Our thoughts are with his family during this difficult time.”

For Cherry's multitudes of followers, the official Ernest P. Worrell Facebook page issued a touching tribute, stating that he had passed away after a long fight with Parkinson's disease. Melissa Laster, the administrator of the Ernest P. Worrell page wrote in the tribute, "Even as Parkinson's began to rob him of some things, that creative mind of his was always going full-force to the best of its ability." She added, "He was kind, amazingly funny, generous and had a heart of gold. In addition to being a brilliant writer, he was also an amazing artist, a skilled fisherman, and an all-around amazing human being."

Awful news: filmmaker John Cherry, who created Ernest P. Worrell alongside Jim Varney and directed a bulk of the Ernest films, has died at 73 after a long battle with Parkinson’s, per the Ernest Facebook page.

A legend in the history of Nashville filmmaking. RIP. pic.twitter.com/AjjNT3ytNy

Laster wrote, "I want you all to know how much he loved hearing from you and seeing your love of Ernest. Those of you who came out to meet him at Ernest Day, often bringing your children with you and telling him how you introduced your kids to Ernest."

Laster further said, "Thank you so much for loving Ernest and bringing Buster so much joy over the years, especially in these last several years that have been so difficult for him. You truly brought him insurmountable joy in some of his darkest moments."