people soul health parenting trending celebrity fitness relationship lifestyle
James Brolin Is So In Love With His Wife, Barbra Streisand That He "Can't Wait To See Her Again In The Morning"

James Brolin Is So In Love With His Wife, Barbra Streisand That He "Can't Wait To See Her Again In The Morning"

James Brolin and Barbra Streisand have been married for 21 years. The couple is known to have a romantic and strong relationship. 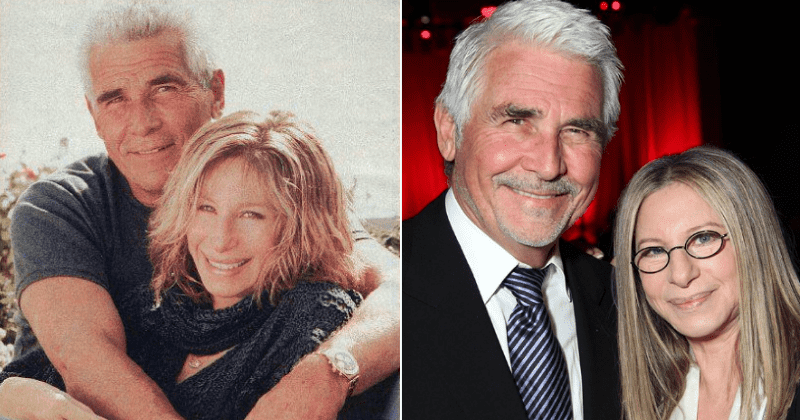 Sometimes, finding the right person for you might seem like a fantasy hunt forever. However, when you come across that person, it is the most magical experience that you cannot let go of them. Hollywood actor James Brolin and his wife Barbra Streisand were such a couple. After their failed attempts to find love, they were fortunate enough to find each other. Since then, the couple has been each other's pillar enjoying their journey together.

Their romantic story began with a blind date in 1996. "I met him at a dinner and expected a bearded mountain-man type, and he had cut off all his hair and was clean-shaven. I asked him, 'Who screwed up your hair?'" said Streisand to W magazine in 2016 recalling their date. Apparently that was just enough for Brolin to fall in love with The Way We Were actress. "He later told me that’s when he fell in love with me. My fella likes to hear the truth, which is unusual," said the actress, quoted Today. While Brolin had already made up his mind, Streisand needed just a couple of months more.

According to Today, the actress once told Meredith Vieira that her realization came "a couple of months later". After two years, the duo decided to tie the knot on 1 July 1998. Wearing a Donna Karan gown with a 15-foot veil, Streisand walked down the aisle to exchange vows with the man she loved. The ceremony which took place in the actress's Malibu estate saw the presence of guests like John Travolta, Tom Hanks, Quincy Jones, and Sydney Pollack. Overcome with emotions, Brolin gave an emotional speech. He said, "I can't tell you how lucky I am that this would happen to me so late in life. Every night is a new adventure. Sleeping is a waste of time. I can't wait to see her again in the morning." Streisand sang to her partner and the wedding was special even to the guests. “It was probably the most beautiful wedding I’ve been to. “Kelly and I cried,” commented actor John Travolta.

Barbra Streisand is coming back home to Brooklyn for a long awaited performance. Here she is with husband James Brolin. pic.twitter.com/xHuoVbnR

Ever since that beautiful day of exchanging their vows, Brolin and his dear wife have lived together for 21 years, appreciating each other in love.

Despite their busy lives, they find time for each other. "We both long to come home to see each other and yet we both love to be in the mix of things at our age. We should be retired and on rocking chairs. But she is so intent on what she’s doing. As for me, I’m busy all the time. But we come home to each other. The evenings we’re always together. The days are just us running and holding our pants up." Brolin also revealed that his 77-year-old wife makes life more romantic and exciting. "I'm always welcome when I get home," Brolin told ET. "I always get notes, 'Hurry home!' When I get there, there's always something kind of great waiting for me, some plan, and I try to reciprocate." However, the stars also revealed they had other secrets that kept their relationship stronger.

"We've bifurcated, and I love it that way. I have my own money and she has her own money. […] This is my third marriage, and I know what trouble can come out of marriage, so I didn't want any reason that I would ever have to be either divorced or married again. We've been in heaven for 20 years, so it works," said 79-year-old actor to HuffPost. Added to that, the couple said they believed in couples' therapy.  "I do believe in counseling if anybody ever has a problem in their marriage," he told Entertainment Tonight. "Bring in a referee, talk it over, and I swear to you, it will dispel by the end of the session, each time!"

It is no doubt their secrets have helped them to stay with each other for long.