She has been suffering from an autoimmune disorder that results in unexpected hair loss. 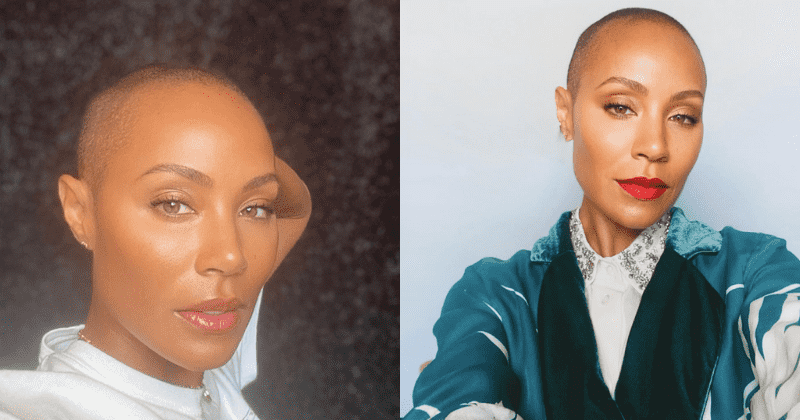 Jada Pinkett Smith was extremely offended at the 94th Academy Awards when Chris Rock made a joke about her shaven head. He said, "Jada, I love you - G.I. Jane 2, can't wait to see ya!" as a reference to Demi Moore's 1997 film G.I. Jane, for which she had shaven her head. Rock tried to defend his joke by saying, "That was a nice one!" However, as we reported earlier, Will Smith went up to the stage and smacked Rock across his face in front of the whole audience. He asked him to keep Pinkett Smith's name out of his mouth after his insensitive joke.

Pinkett Smith has been open about dealing with the hair loss that comes with the autoimmune disorder, alopecia areata. According to Medical News Today, "Alopecia areata is a common autoimmune disorder that often results in unpredictable hair loss." Roughly 6.8 million people struggle with it in the United States. The 50-year-old actress spoke about her condition in the Red Table Talk show episode in 2018, reports Lad Bible. Pinkett Smith who hosts the show said, "It was terrifying when it first started. I was in the shower one day and had just handfuls of hair in my hands and I was just like, oh my god, am I going bald." She added, "It was one of those times in my life where I was literally shaking in fear. That's why I cut my hair, and why I continue to cut it."

She posted a video on Instagram showing the bald patches on her head. She ran a finger across the bald line in the center of her head while saying, "Now at this point, I can only laugh. Y'all know I've been struggling with alopecia and just all of a sudden one day, look at this line right here. Look at that." She laughed and added, "So it just showed up like that and this is going to be a little bit more difficult for me to hide. So I thought I'd just share it so y'all are not asking any questions." However, Pinkett Smith wanted to tackle the disorder with optimism, reports PEOPLE. She said in the video, "But you know mama's going to put some rhinestones in there. I'm going to make me a little crown. That's what mama's going to do."

In July 2021, the actress was inspired by her daughter, Willow Smith, to completely shave her head. She shared a photo on Instagram with the caption, "Willow made me do it because it was time to let go BUT … my 50’s are bout to be Divinely lit with this shed." Pinkett Smith remains silent on the incident that occurred during the Oscars. However, just a week before the awards, she addressed the beauty standards the film industry has for Black women, reported Daily Mail. She said in a TikTok video, "feel the freedom today – I don't give two cr**s what people think of this bald head of mine. Because guess what? I love it." She added, "I always had to do my hair in ways that didn't feel natural to me because I'm trying to play the game."

Will Smith publicly apologized to Chris Rock in a statement released on Instagram. He wrote, "My behavior at last night's Academy Awards was unacceptable and inexcusable. Jokes at my expense are a part of the job, but a joke about Jada's medical condition was too much for me to bear and I reacted emotionally." He added, "I would like to publicly apologize to you, Chris." He concluded his statement by writing, "I am a work in progress."