people soul health parenting trending celebrity fitness relationship lifestyle
Denzel Washington Speaks Opens up About the Will Smith Slap: “The Devil Got Ahold of That Circumstance That Night”

Denzel Washington Speaks Opens up About the Will Smith Slap: “The Devil Got Ahold of That Circumstance That Night”

He also said that he prayed with Smith after the incident. 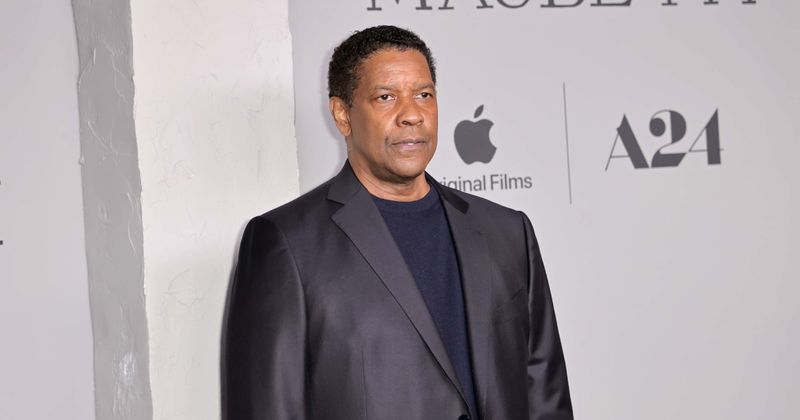 Denzel Washington, 67, is finally opening up about the onstage feud between Will Smith and Chris Rock at the 94th Academy Awards. He reportedly consoled Smith after he went up to the stage and slapped Rock as he made a joke on Jada Pinkett Smith's hair, as we reported earlier. On Saturday morning, Washington visited author and Bishop T.D. Jakes' leadership summit for a talk about his work and faith, and Jakes asked him about what transpired between Smith and Rock at the Oscars, reports NBC News.

Denzel Washington Prayed With Will Smith During Oscars After Chris Rock Slap: “I Couldn’t Have Sat In My Seat” https://t.co/gnB1ZNChBN

Washington said, "Well, there’s a saying, ‘When the devil ignores you, then you know you’re doing something wrong.’ The devil goes, ‘Oh no, leave him alone, he’s my favorite.’ " He added, "Conversely, when the devil comes at you, maybe it’s because he’s trying to do something right. And for whatever reason, the devil got ahold of that circumstance that night." Rock made a joke about Pinkett Smith's autoimmune condition, Alopecia. During the Oscar commercial breaks, Washington was spotted conversing with Smith, along with Tyler Perry and Smith's publicist.

Denzel Washington Speaks Publicly About Will Smith Slapping Chris Rock: 'The Only Solution Was Prayer' https://t.co/xdMnUokj4u

Smith stated during his acceptance speech for the best actor that previous to his triumph, fellow nominee Washington shared some advice with him, reports CNN. He said in his speech, "At your highest moment be careful, that's when the devil comes for you." Washington stated that on Saturday he prayed with Smith and Perry after the incident. He said, "Fortunately there were people there. Not just me, but others. Tyler Perry came immediately right over there with me. [Said] some prayers. I don’t wanna say what we talked about, but for the grace of God go any of us." He added, "Who are we to condemn? I don’t know all the ins and outs of the situation, but I know the only solution was prayer, the way I see it."

Samuel L. Jackson, the legendary actor known for his roles in Pulp Fiction, The Incredibles, Do the Right Thing, and so much more, accepted an honorary lifetime achievement Oscar. His good friend Denzel Washington presented it to him. 💜 pic.twitter.com/Qhzw4f5jHK

Smith's actions in the Oscar ceremony have been the most controversial moment for him until now. According to Variety, Smith was facing possible expulsion or suspension from the Academy of Motion Picture Arts & Sciences. Instead, he decided to resign on Friday after the academy launched an investigation into the assault. He said in a statement, "The list of those I have hurt is long and includes Chris, his family, many of my dear friends and loved ones, all those in attendance, and global audiences at home." He further added, "I betrayed the trust of the Academy. I deprived other nominees and winners of their opportunity to celebrate and be celebrated for their extraordinary work. I am heartbroken.”

Rock is still, "processing what happened," and has said that he will address the incident at a later time. He spoke at Wednesday's night show, "I don’t have a bunch of s--- about what happened, so if you came to hear that, I have a whole show I wrote before this weekend." He added, "I’m still kind of processing what happened. So, at some point I’ll talk about that s---. And it will be serious and funny."