Hanging Out With Your Mother Can Increase Her Lifespan, Study Finds

Concerned folks at the University of California, San Franciso, conducted a study that examined how loneliness can impact the health result in the decline of elderly people. 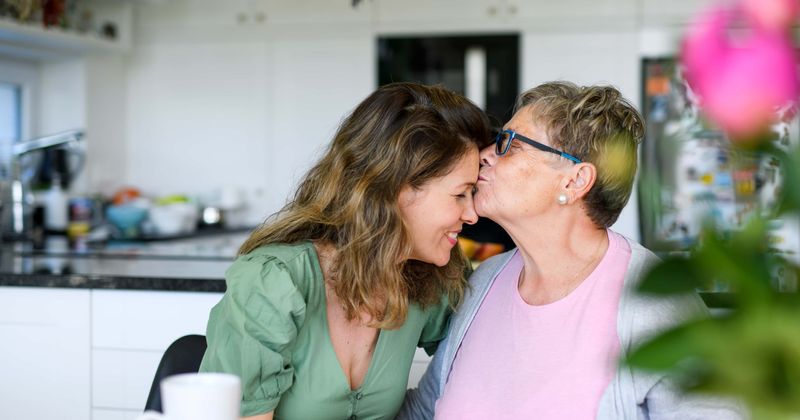 As one grows old, there is a gradual decline in health along with a risk of developing illnesses like dementia. But there might be a way to tackle these negative effects and it can simply be achieved by spending more time with your elderly family members. Just take a look at this study, which proves that hanging out with seniors can give them a major boost in terms of health and can even increase their lifespan. So, if you have been putting off calling your mother then now may be a good time to pick up the phone and make plans for dinner.

Concerned folks at the University of California, San Francisco, conducted a study that examined how loneliness can impact the health result in the decline of elderly people. More than 1,600 senior citizens with an average age of 71 years old participated in the study. The participants came from a diverse group of ethnicity and socioeconomic backgrounds and despite their differences, the findings of the research were the same. Elderly people who experienced loneliness had a higher mortality rate than those who had regular companionship.

The experts went on to explain that every person, irrespective of their age and demographic, has a lifelong need to be included and a desire to be social. Explaining the same, senior geriatric social worker at Massachusetts General Hospital Barbara Moscowitz said in an interview with The New York Times, "The need we’ve had our entire lives — people who know us, value us, who bring us joy — that never goes away." So, if you spend more time with your parents it's likely that they will be happier and that will be one of the best gifts that you can present them with.

Apart from the health benefits like longevity that come with regular social interaction, you will also get the chance to share life experiences with them and thus with your children as well. Plus, they are going to be more forgiving and accepting of the way you are. Unlike you, your parents place a great deal of importance on relationships and thus they tend to overlook a great deal more than you or your children will ever do. But at that age it's natural for them, explained a professor of human development at Virginia Tech, Rosemary Blieszner. Blieszner told the New York Times that these are skills that our grandparents have spent almost all their life to hone.

"They're pretty tolerant of friends' imperfections and idiosyncrasies, more than young adults," she explained, according to Yahoo! Life. "You bring a lot more experience to your friendships when you're older. You know what's worth fighting about and not worth fighting about." If you're worried about them becoming dependent on you for their day-to-day activities, then you have nothing to worry about. Despite popular belief, older people thrive in an independent setting or assisted living environments. Such living arrangements allow them more time and ways to connect with people of their age.

Not only does spending time with us help them but also benefits us greatly. What they crave is companionship and conversations on a daily basis, and we get their wonderful stories, hugs, and their famous, secret recipes. It's a win-win situation! So go ahead, plan a date with your mother and try meeting her as much as possible because at the end of the day, what remains are memories of the people you love.