Company Wants Its Over 600 Employees To Sleep At Work, Establishes a “Right to Nap” Policy

The company has been in the sleep business for over six years. 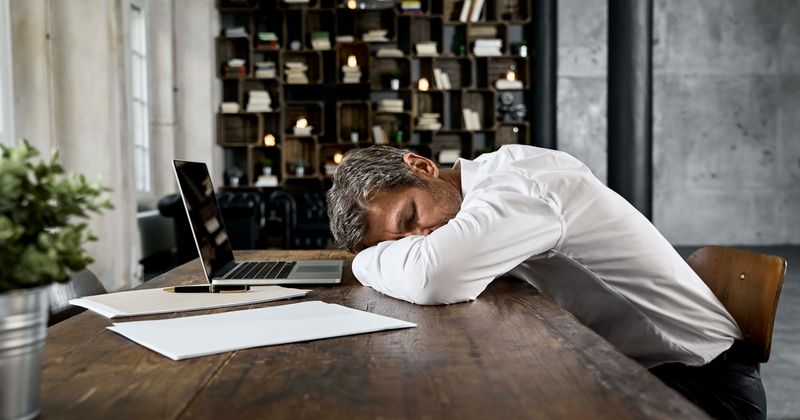 Wakefit, a D2C home-and-sleep solutions start-up, claims to be the first Indian firm to establish a 'right to nap' policy.

The company will give its employees time from 2 p.m to 2:30 p.m. to take a nap during work. This is the D2C start-second up's fascinating announcement, following its success in rolling out internship programs that rewarded participants for completing certain sleep lengths for 100 days, reports Business Today.

Wakefit Co-founder Chaitanya Ramalingegowda told Your Story via an email, "We have been in the business of sleep for over six years now and yet, have failed to do justice to a crucial aspect of rest — the afternoon nap. Research shows that afternoon naps help with memory, concentration, creativity, and productivity."

Wakefit - a Bengaluru based home solutions company, has made naps official during work hours 😮 This obviously cannot go right with every profession but it’s so cool. #Wakefit #Nap #PowerNap pic.twitter.com/iCJM4jhNoO

During this period, the firm will automatically block the calendars of its roughly 600 workers, according to LinkedIn. Wakefit is also focusing on establishing cozy sleep pods and quiet spaces in its office to promote a comfortable slumber environment, according to the co-founder. The company said in a statement, "An afternoon nap is instrumental in helping the body recharge and refocus on the task at hand, thus improving workplace productivity and motivation. Conversations around afternoon naps became predominant with the advent of work-from-home, and companies are slowly but steadily realising its importance."

#Wakefit announces nap at work policy for 677 employees allowing employees to take a nap from 2 pm to 2.30 pm https://t.co/V0DNmsShmZ

Wakefit has announced intentions to open ten offline retail outlets in Pune, Chennai, and Hyderabad. Its first three outlets opened in Bengaluru, New Delhi, and Lucknow. The new locations, which will provide Wakefit's total 500 stock keeping units (SKUs), will operate in an omnichannel manner, with consumers able to purchase from the stores as well as place online orders in-store.

Vishal Khandelwal, Head of Retail, Wakefit, said, "As a D2C brand, we are constantly connected with our customers and have thoroughly understood the fact that the touch and feel aspect is an integral factor to make a purchase decision when it comes to furniture." Wakefit has served over eight lakh consumers over 19,000 postal codes in India since its beginning.

So @WakefitCo announces official NAP TIME every afternoon - in fact going to install nap pods in office! Will this be a new trend in @peakbengaluru startups to nornamlize noon naps? pic.twitter.com/KeflGNnHDc

The stores, which will be 3,000 square feet on average, will be positioned in regions with a high density of furniture businesses in order to drive organic footfalls. Vishal noted that the company's furniture section accounts for almost 23% of its monthly sales. The business anticipates that these offline outlets will generate close to 20% of its yearly revenue. Wakefit announced yearly sales of Rs 416 crore in FY21.

Vishal said, "We are currently growing at a rate of 2.5 to 3X every year, and we have been consistently introducing newer products into our portfolio."