He said the academy should revoke Will Smith's oscar. 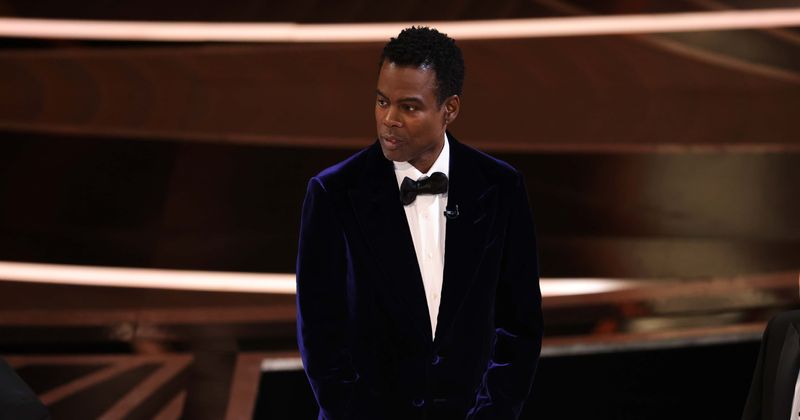 Kenny, Chris Rock's younger brother, has spoken about the incident at the 94th Academy Awards. As we reported earlier, Will Smith went up the stage to slap Rock after he made a joke about Jada Pinkett Smith's hair. She suffered from Alopecia, an autoimmune condition that causes unexpected hair loss. Smith thought that the comment was offensive and couldn't put control of his emotions. However, Kenny has clarified that Rock did not know about Pinkett Smith's condition before making the joke, reports PEOPLE.

“I might have looked at it differently had he initially apologized when he got on the stage,” Kenny Rock said. https://t.co/K6SscjsCdA

While presenting the award for Best Documentary Feature at the event, the comedian was cracking jokes and said, "Jada, I love you. G.I. Jane 2, can't wait to see it." He compared her shaved head to Demi Moore's haircut in G.I Jane, which was released in 1991. Smith went back to his seat after slapping Rock and shouted, "Keep my wife's name out of your f-----g mouth!" He has faced a public backlash for his action with the academy launching disciplinary actions against him. According to Variety, Smith has resigned from the Academy last Friday.

Chris Rock's little brother is calling for the Academy to take back Will's Oscar. https://t.co/OAhyjqX42P

Pinkett Smith has been pretty open about her struggle with the condition and how she shaved her head after being inspired by her daughter Willow, per our previous report. However, Kenny told Los Angeles Times on Monday that Rock wasn't aware of the reason why she shaved her head. He said, "The joke was funny. It wasn't hilarious funny, but I know that if he knew that she had alopecia ... he wouldn't make a joke about that. But he didn't know."

Kenny thought that the scene of Smith slapping Rock was staged but when he saw him cursing at the comedian, he realized that it happened for real. He said, "It eats at me watching it over and over again because you’ve seen a loved one being attacked and there’s nothing you can do about it." He added, "Every time I’m watching the videos, it’s like a rendition that just keeps going over and over in my head. My brother was no threat to him and you just had no respect for him at that moment. You just belittled him in front of millions of people that watch the show.”

Chris Rock's little brother is calling for the Academy to take back Will's Oscar. https://t.co/OAhyjqX42P

Smith went ahead to win his first Oscar for Best Actor for his role in King Richard but he did not apologize for his actions during the acceptance speech. However, the following day, he issued an apology on Instagram that said, "I would like to publicly apologize to you, Chris. I was out of line and I was wrong. I am embarrassed and my actions were not indicative of the man I want to be." Kenny does not think this apology was adequate as he said, "I might have looked at it differently had he initially apologized when he got on the stage and cried and accepted the award, but he didn't, so, right there that tells me that it is something else."

Chris Rock's brother would like to see Will Smith stripped of his new best actor Oscar. https://t.co/qzDx2kSpIW

Smith again apologized in his statement accompanying his resignation. However, Kenny refuses to accept it, and instead, he wants the Academy to take disciplinary actions against him and revoke his award for Best Actor. He said, "No, I don’t accept it because I don’t think it was genuine. I think his publicist and the people that work under him probably advised him to do that.” He added, "He belittled my brother. He had no respect for him. In my opinion, he embarrassed himself by doing that and his legacy by doing that." The academy will be holding disciplinary proceedings for Smith's behavior on April 18.