The woman's post has left many Redditors scratching their heads. 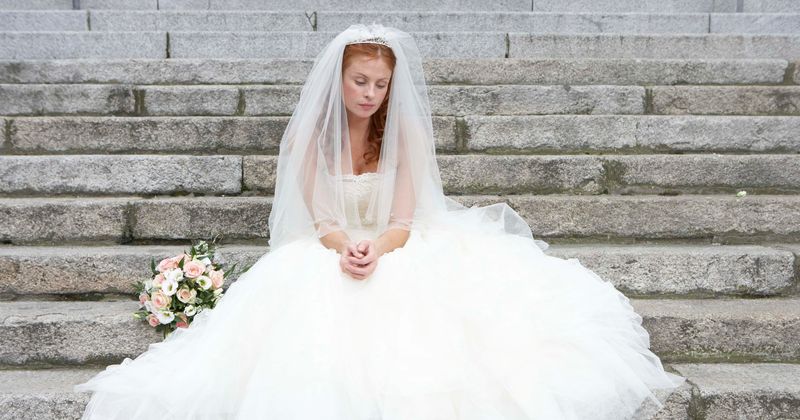 A woman shared a strange story of how she spent months planning her dream wedding. Sure, things don't always go to plan but the biggest issue this bride-to-be encountered with her wedding was perhaps the last thing anyone could have expected. The woman was shocked when her fiancé said he had no recollection of asking her to marry him. Things took a turn for the worse when he further claimed he had no idea they were exclusively dating.

Is the fiancé an awful person? Has there been some miscommunication? What's the whole story? In a screenshot of a Facebook post that was shared to the subreddit r/weddingshame, the shocked bride-to-be explained: Nine months ago my (who I thought was) fiancé asked me to marry him. He didn’t have a ring so I assumed it was a spur of the moment decision, but I am a chill woman ... I understood the ring will come later and all that matters is we have each other. “I have been planning my dream wedding for seven months now. When I told him I was going dress shopping, he looked at my like I have five heads. Long story short, he claims he never proposed to me! He said ‘Why would I propose to a woman I’m not even dating?

Just when you want to side with the devastated bride, she brought up an extreme way of handling the situation. The woman revealed that she was not giving up on this marriage without a fight saying that, “I’m thinking of tricking him into coming to our wedding and just seeing what happens,” she said.“Not too sure what else I could do.” Uhm, nothing like a marriage based on deception, eh? The stuff fairytales are made of? One user sarcastically joked: Why yes! Plan the whole thing, spend thousands, invite everyone and just tell him it’s a football party. It will end well, promise........

Sure enough, the ex bride-to-be’s post has left many Reddit users scratching their heads. One user wrote: SO. MANY. QUESTIONS. Did she just say something cool like "Omg I love Mario Kart 64" and he was like, "Omg marry me" and she just took it literally??!! Another added: I mean, I didn’t know I was dating my husband for the first two weeks, but that is waaaay different than being engaged for months. She prob said something clever/cute and the guy said “will you marry me” tongue in cheek.

Others couldn't believe that this person was real. They argued that if you're in a relationship with someone don't you just... communicate? One Redditor shared: Never mentioning anything related to the wedding for that long? Not realizing you're even dating? Do these people never talk to each other? It's all totally false or I think it's all in her head. She's built some elaborate dream life and he doesn't even know he's part of it. Another agreed, adding: Wait and she never mentioned a single one of her wedding ideas for seven months? And she's dress shopping with no wedding date in sight?

A handful of people seemed to support the woman. A Redditor said: Everyone's talking about how crazy the woman is, but no one is talking about how the dude might have been gaslighting her the whole time. Don't tell me you've never met a guy who sees a girl for months and months, introduces her to his family, friends etc but when it comes down to it, "It's not that serious, and you're crazy for thinking it is."