The child was taken into surgery after suffering two seizures. "We cried every single day," Melissa Moro, the child's mom said. 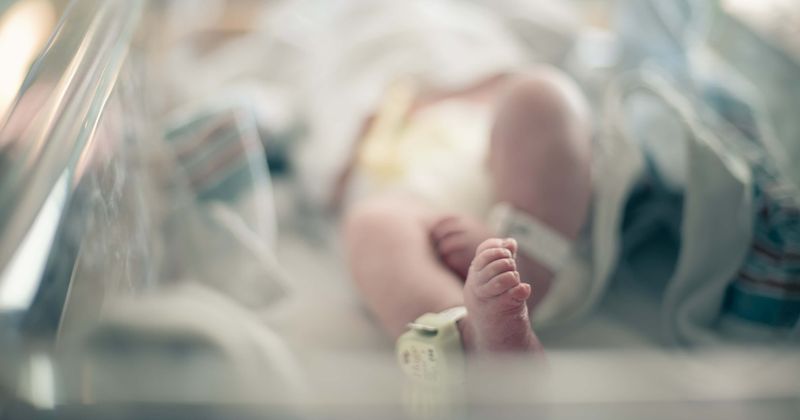 A mother was alarmed by the size of her newborn's head but the doctors told her its normal. However, the 2 weeks old Luca Zayas landed in the hospital after having a seizure.

Melissa Moro wasn't able to put clothes meant for newborns on Zayas because of the abnormal size of his head. The woman kept mentioning the size of Zayas' head but the doctors never took her seriously. She consulted the pediatrician but they dismissed her thinking that this is just the anxiety of a first-time mother.

A few weeks later, the 37-year-old mother could not even put the clothes meant for a toddler on him, reports TODAY.

In the months after surgeons removed a golf-ball-sized tumor from Luca Zayas’ infant brain, he gained the strength to sit and crawl, milestones his parents had feared he might not achieve for years. https://t.co/r2b3DMMyWn

She said, "I knew something was wrong. I kept telling my husband way before we went to the pediatrician. I was like ‘I think his head is bigger than normal children.’ " She is a professional nanny and said that she has seen a lot of kids grow up to differentiate between what's normal and what is not.

However, two and a half months later, Zayas had a seizure after getting his shots. He could not keep his eyes open and then rolled downwards and started shaking. Moro said, "He ended up having a seizure in my husband’s arms."

A little while later he suffered another seizure and was rushed to the hospital. Several CT scans were done on Zayas which showed that he had a mass on the choroid plexus in his brain. He was referred to NYU Langone Hospital for "immediate surgery."

At 6 months old, Mason was diagnosed with a brain tumor—Choroid Plexus Papilloma. However, the talented Dr. Minasian successfully removed the tumor. We think both she and Mason are INCREDIBLE! Happy #NationalSuperHeroDay! pic.twitter.com/LXVwa7z7Zd

The very next day, the child was in surgery for five hours. Doctors removed the golf-ball-sized choroid plexus papilloma. According to Cedars-Sinai, it is a rare type of brain tumor that is non-cancerous.

Zayas was in the pediatric intensive care unit for four weeks and this time was difficult for his family. The distressed mom said, "We cried every single day." Due to the surgery, Zayas has several development delays. She said, "They had told us that he would not be able to walk until he was 5-years-old."

"Every scan since Lyra’s treatment finished five years ago has brought us a sigh of relief. Her tumour, a low-grade choroid plexus papilloma, has remained stable. And now we just want to help raise awareness and vital funds." 💛 Read Lyra Cole's story ➡️ https://t.co/q3i6Fv6L7r pic.twitter.com/ov7DwnY7XD

Jennifer Zeman, an occupational therapist at St. Charles Hospital’s outpatient rehabilitation said, "He met a lot of milestones especially within the past few months, just the fact that he started walking was incredible."

She wanted to share Zayas' experience to encourage parents who feel like something’s wrong with their child to seek help. "Go get it checked out. Go ask, even if it’s nothing. Don’t wait, it could cost the life of your child." She added, "There are symptoms that the pediatrician has ended up missing like the increase in the head size or the swollen fontanelle."