She revealed that Naomi used a firearm and died after a long battle with mental illness. 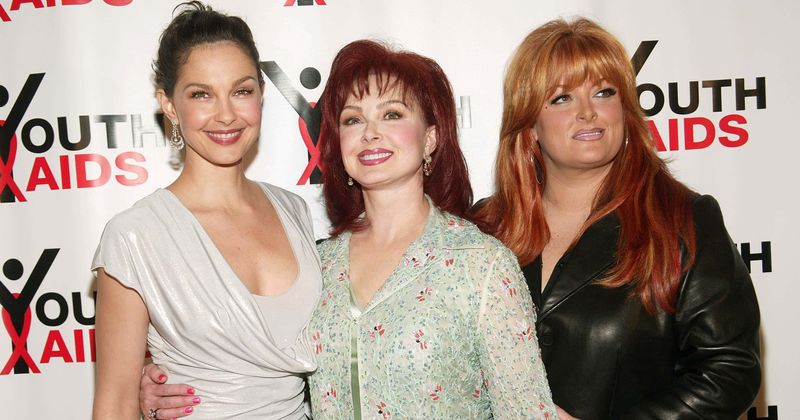 Trigger Warning: The following story contains details of suicide that might be disturbing to readers.

Ashley Judd opened up about the cause of her mother, Naomi Judd's death, in a heartbreaking interview with Diane Sawyer that aired Thursday on Good Morning America.

Naomi "used a weapon" when she died by suicide on April 30, Ashley told during the interview, per PEOPLE. She said, "Because we don't want it to be part of the gossip economy I will share with you that she used a weapon; my mother used a firearm."

"So that's the piece of information we are very uncomfortable sharing, but understand that we're in a position that if we don't say it, someone else is going to."

My beloved mother & I shared often with each other about how fraught & dangerous motherhood is, & what can & should be done. Our first Mother’s Day without her, some of my raw reflections: https://t.co/TqruSVYhll

She further added that Naomi, "was seen and she was heard in her anguish, and she was walked home."

Ashley told Sawyer that Naomi, who was 76 years old, died by suicide just one day before her induction into the Country Music Hall of Fame.

"Our mother couldn't hang on until she was inducted into the Hall of Fame by her peers. That is the level of catastrophe of what was going on inside of her, because the barrier between the regard in which they held her couldn't penetrate into her heart, and the lie that the disease told her was so convincing."

Tragically, two-thirds of all gun deaths in the U.S. are suicides, resulting in an average of 64 deaths per day. Over the past decade, the U.S. firearm suicide rate has increased by 13%. https://t.co/oBkYOQEGSB

Ashley and Wynonna, 57, attended the ceremony to accept the honor and gave a tearful but dignified speech.

Naomi Judd: A River of Time Celebration, a live event airing Sunday, was announced on Wednesday by CMT and Sandbox Entertainment in collaboration with the Judd family. At 6 p.m. ET, a commercial-free public memorial ceremony for the country legend will be webcast from the Ryman Auditorium.

CMT Producers said in a statement, "We are sincerely privileged to work alongside Wynonna, Ashley and Larry to present this live celebration of life for their mother and wife Naomi." They added, "While we all continue to deeply mourn the loss of such a legendary artist, we are honored to commemorate her legacy alongside the country community, her friends, family and legions of fans across the world at the perfect venue: The Mother Church of Country Music." They further said, "This special will celebrate her timeless voice, unforgettable spirit and the immense impact she left on our genre through the best form of healing we have — music."

For anyone suffering from mental illness, Judd encouraged them "to talk to someone, to share, to be open, to be vulnerable." "There is a national suicide hotline," she said.

If you, or anyone you know, are having suicidal thoughts, reach out to the National Suicide Prevention Lifeline in the United States at 1-800-273-8255 (TALK).