AriZona Iced Tea Continues To Sell At 99 Cents, 30 Years After Its Launch

The company is trying to keep its price flat even though the inflation in the country is continuously rising. 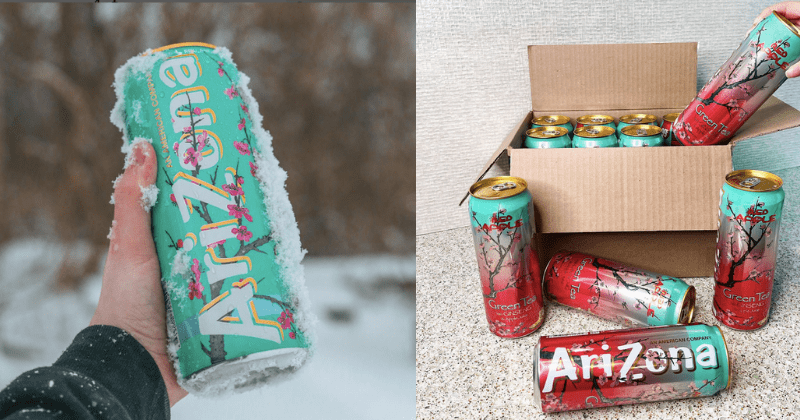 The inflation in the United States has been on a constant rise. A gallon of gas costs around six dollars and groceries cost 8% higher than last year. However, the AriZona Iced tea still costs 99 cents.

The iced tea was launched over 30 years ago and has still managed to maintain its low price, reports Los Angeles Times. Adjusted for inflation, one dollar in 1992 is worth two dollars in 2022. However, the 99-cent Big AZ Can, as the company refers to it, continues to exist. Due to this, the company has been making less money. The business is still profitable but the scale of profits has reduced over the years.

AriZona should run the economy for one day https://t.co/HZP1VumIrT

The founder and chairman of the company, Don Vultaggio, is committed to keep selling the drink at the original price. He said, "I’m committed to that 99-cent price—when things go against you, you tighten your belt." He added, "I don’t want to do what the bread guys and the gas guys and everybody else are doing. Consumers don’t need another price increase from a guy like me."

Vultaggio got the idea for the tea enterprise while working as a beer distributor in Manhattan. Even though it was chilly outdoors, he noted that many were sipping Snapple. He made the decision to go into the iced tea industry. He now owns the billion-dollar company with his sons, Spencer and Wesley, who serve as chief marketing officer and chief creative officer, respectively.

PSA: Our recommended selling price for AriZona in the USA is still 99c! The can on the right is from Canada, where $1.29 converts to around 99c!

Don’t worry fam, we still got you 💚🌸😊 https://t.co/lZgHEsTBly

Forbes has estimated the worth of AriZona at $4 billion, putting the Vultaggios among the top thousand richest people in the world. Snapple, like Vultaggio, used to price 99 cents for its trademark 16-ounce glass bottles. AriZona was less expensive because it contained 50% more tea in each can. Now, the price of Snapple is $1.79. According to Vultaggio, the company sells roughly 1 billion 99-cent cans each year, accounting for about 25% of overall income. The majority of their revenue comes from fruit drinks, energy drinks, bottled teas, snacks, hard seltzer, and other products.

Economists have discovered that prices ending in a 9 are more resistant to change across the market, even when inflation is high, like the AriZona iced tea. Vultaggio commented on this analysis, "It’s been like that since cavemen, the 99-cent price point was exciting then, and it’s exciting today." He added, "Something under a dollar is attractive."

Inflation has gotten out of control and though we cannot control the economy, we can control our products. So we decided to make The 9 Cent Mini Can! NOW AVAILABLE! https://t.co/pjSxphUvH8 pic.twitter.com/4spTL5Bfxx

With AriZona's price, another factor likely at play is a feeling of security and trust. Chen, a professor of marketing at the University of Kentucky’s Gatton College of Business and Economics said, "It’s like a price-matching guarantee. It says: trust me, I’ll take care of you, I’m not charging a horrendous price.” AriZona has now also released a mini-can of iced tea that costs only 9 cents. They wrote on Twitter, "Inflation has gotten out of control and though we cannot control the economy, we can control our products. So we decided to make The 9 Cent Mini Can."