Depp's defense team called it the "perfomance of her lifetime." 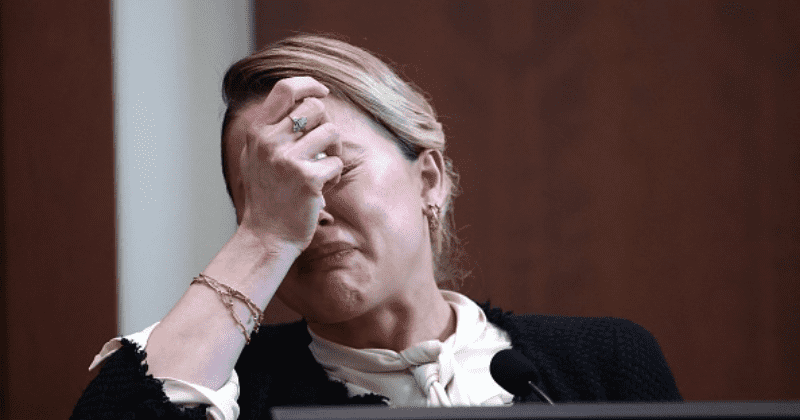 Amber Heard has taken the stand in the ongoing defamation case against her filed by her ex-husband, Johnny Depp.

Heard broke down on the stand while revealing the details of how Depp sexually assaulted her with a liquor bottle. Depp's defense team labelled her testimony as the 'performance of her life.' Heard testified that she visited Depp in Australia approximately a month after their wedding in March 2015, when he was filming the fifth "Pirates of the Caribbean" film, reports Reuters.

Heard said that on their first night together, a planned meal at Depp's place turned into a fight. Depp, who she said was drinking, forced her up against the refrigerator and grabbed her throat. Heard said she escaped and went upstairs, only to return later in her nightgown to discover Depp still awake. She said she tried to encourage him to eat because they did not have dinner that day.

This is the same occurrence that resulted in Johnny Depp's finger being severed. Heard, he alleged, tossed a whiskey bottle at him, severing it. Heard stated that she did not see Depp's fingertip being severed, per Daily Mail. Heard said while crying, "At some point he's on top of me, screaming I f**king hate you, you ruined my f**king life. I'm on the countertop, he had me by the neck and was on top of me."

When she came down in her nightgown, she testified that Depp tried to rip her nightgown. She was left naked and then Depp threw her on a ping-pong table and inserted a bottle into her vagina. She said, "He's teasing me he has my breasts in his hand, my nightgown came completely off, it was ripped off of me, I was naked." She added, "He's flinging me around. He's screaming at me he f**king hates me, I ruined his life. Over and over. He starts punching the wall next to my head, holding me by the neck."

Heard said, "He was shoving it inside of me over and over." She claimed she kept thinking that she hoped the bottle wasn't one of the broken ones. She informed the court that during the assualt Depp kept on repeatedly saying, "I'll fucking kill you." Heard said, "I was scared. I had just married him." Back in Los Angeles a few months later, Heard claimed Depp smashed her nose and took off chunks of her hair in another violent fight.

Depp had previously claimed that he had never laid hands on Amber, let alone any woman in his lifetime. The legal lawsuit is based on an opinion post, Heard wrote for the Washington Post in December 2018. The article never named Depp by name, but his lawyer told jurors that Heard was clearly referring to him. After less than two years of marriage, the couple divorced in 2017.