Michigan Toddler Was Found Dead in Buck Creek, Just a Mile North of the Place He Was Last Seen

The police has detected no foul play in the disappearance and death of the toddler until now. 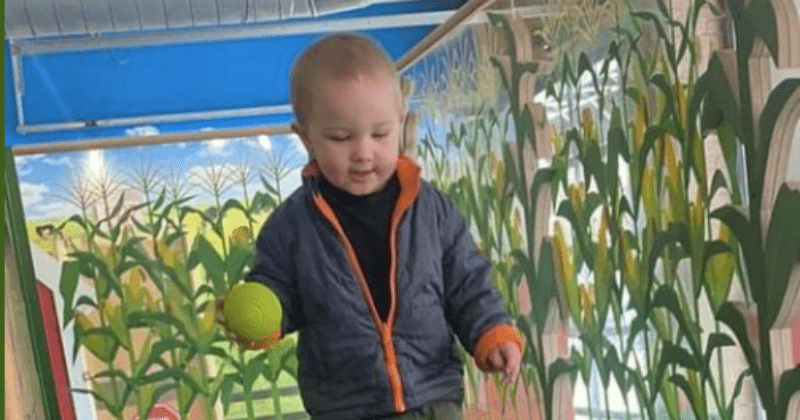 A one-year-old toddler was found dead in a Michigan creek, a day after he went missing from his home. Noah Alan Jordan went missing at around 11 a.m. on Sunday from his trailer in the Cutler Estates in Kent County. On Sunday, Kent County investigators were on the scene interrogating the parents and neighbors for any information. Noah was said to have not traveled far from his house, reports WZZM13. To find Noah, the police used drones, fire crews, a dive team, and search and rescue workers.

After the search was called off at about 10 p.m. on Sunday, it was resumed on Monday. The remains of the boy were discovered at 9 a.m in Buck Creek near Clay Avenue and 54th Street in Kent County. This creek is just a mile north of the mobile home in the Cutler Estates. Kent County Sheriff’s Sgt. Eric Brunner said, "It’s always hard with kids, especially. You work extra hard," reports MLive.

Authorities said that they were concerned about this creek during their search as it was flowing higher and faster than its normal levels due to rainfall. Water levels had dropped 12 to 14 inches by Monday morning, assisting rescuers in their search. There is no foul play detected in Noah's death until now and the authorities are investigating how he ended up in the creek. Brunner said, "There was a foot impression found near the shore, or the bank of that creek. It’s smaller in size, but can we make certain it was Noah's and where he entered? We don’t. However, it is in close proximity to his home."

He said that there is a good chance that the 1-year-old was interested in the cars going by and saw the water in the creek and wanted to play with it. According to Brunner, Noah's family is utilizing the sheriff's office's services to assist them at this time. Brunner spoke to WOOD TV, "Oftentimes kids just wander away, one minute you see them and one minute you don’t, so there’s nothing to lead us to believe that there was anything suspicious or criminal in nature." He added, "This community is definitely grieving. We’ve received a lot of people stopping by and offering support to the family so our hearts just really go out to them."

Buck Creek's shifting water levels are well known to neighbors who live nearby. Chuck Fetterhoff has lived near the creek for 41 years and said that he has seen many children play near the dangerous water. He said, "It happened about eight years ago. Same thing, same exact thing. The boy went in way down there, and ended up down Camelot. He was dead, drowned." He noted that he did not see Noah going down the creek otherwise he would have "grabbed" him.

Other neighbors expressed their concern for the grieving family. Gary Frost said, "I have a grandchild that's about the same age he was. She lives in California now. I can't imagine going through what they're going through." He said that his prayers are with the family and thinks that finding Noah at least gave some closure to them in the end.